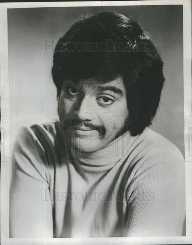 He was a pupil at Fiorella La Guardia High School of the Performing Arts but left before graduation to pursue a career in comedy in New York City.

In 1973  Freddy Prinze gained exposure to a national audience when he appeared on The Tonight Show with Johnny Carson in December of that year. Then in early 1974, he was offered the role of Chico Rodriguez in the NBC television series Chico and the Man starring alongside Jack Albertson.

Gaining success with his ongoing role in Chico and the Man, Freddy Prinze had a comedy album released in 1975 entitled Looking Good.

He married Katherine Cochran in August 1975, and the couple had a son together, Freddy Prinze, Jr (b.1976). The same year that his son was born, Freddy Prinze was arrested for the possession of cocaine (November 1976). Shortly afterward, he separated from his wife. Freddy Prinze committed suicide by shooting himself in the temple and died on life support in the UCLA Medical Centre on the 29 January 1977.