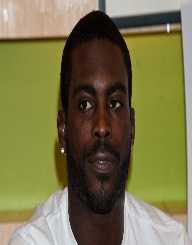 Michael Dwayne Vick was born on June 26, 1980, in Newport, Virginia. He was the second of four children in his family. Vick grew up in a tough area of Newport, which was mostly dominated by gang activity and drugs. However, his parents were able to sustain a stable household.

Vick’s father was a sandblaster at a local shipyard and, in his youth, used to play football. His father had great expectations from his son, and since the day he was born, wanted him to become a professional football player. His father gave him his first football when Vick was only three years old. He showed a talent for the game from an early age.

Michael Dwayne Vick was attending Warwick High School, where he began to play football. His coach, Tommy Reamon, who was a former World Football League star, saw the potential in Vick. The two developed a close relationship, and Reamon was pushing Vick to develop his skills. Under Reamon’s tutelage, Vick quickly developed his skills. In his senior year, he was already considered one of the best quarterbacks in the country.

Vick passed on the final two years of high school and began his career in the NFL. Atlanta Falcons drafted him in the 2001 NFL draft. He signed a six-year, $62 million contracts with a $15 million signing bonus. His rookie season Vick’s performance was not very significant, but the following season he led the team to the playoffs and earned a spot in the Pro Bowl. Vick’s 2003 season was shortened after an injury, but the team still was able to capture the NFS South title. In 2004, Falcon’s loss to Philadelphia Eagles in the NFC Championship game. After this season, the Falcons granted Vick a ten year, $130 million contract extension.

Vick’s career went on a down spiral over the next two seasons. Although the team continued to get good results, the young athlete's ability to handle the fame was coming into a question. In 2004, two men driving his truck were arrested for transporting a large quantity of marijuana. The following year he was sued by a woman for giving her a sexually transmitted disease. In 2007, Vick’s property was raided, and an entrenched dog fighting scene was found, which also included several injured dogs. He denied any connection to the ring, but the increasing evidence led to him pleading guilty. After this, the NFL suspended Vick indefinitely. In October 2007, after a 5-hour long questioning, Vick admitted to killing the dogs himself.

For his crime, Vick was sentenced to 23 months in prison and was ordered to pay $1 million in restitution charges. In 2009, Vick was ordered to pay more than $2.5 million to the Royal Bank of Canada for defaulting on a loan on a real estate venture. This was followed by a second order of $1 million to Wachovia Bank on loan for a failed restaurant. After the scandals and his prison time, Vick was cut from the Falcons, and his suspension was not lifted.

In 2009, it was announced that Vick is being considered for full reinstatement and eligibility to play in regular-season games by October. To be reinstated, he had to agree to be monitored by the Indianapolis Colts coach Tony Dungy and to check in with his probation officer and psychiatrist regularly.

Vick came back to NFL in August 2009, when he signed a two-year deal with Philadelphia Eagles. He spent his first season as a backup to Donovan McNabb, but in the second season, he became the starting quarterback. After the 2010 season, Vick was named the Comeback Player of the Year by Associated Press and the Sporting News. In 2011, he struggled to perform as before and lost his starting position in the middle of 2012 season. After his contract ended, Vick became the backup for the New York Jets and then moved to Pittsburgh Steelers. In 2016, Vick announced that he would be playing one more season, but in February 2017 announced his retirement.