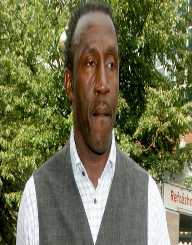 Linford Christie was born on April 2, 1960. He is a British former sprinter. He has won twenty four major championship medals.

Linford Christie was born on April 2, 1960, in Saint Andrew in Jamaica. He was born to Mabel Christie and James Christie. He was brought up alongside six siblings. At the age of seven, he joined his parents in London. He went to Henry Compton Secondary School, London. In 1977, he participated in the London Youth Games for the borough of Hammersmith and Fulham. In 1978, he joined the British Youth Organization ‘Air Training Corps’. He wanted to become an athlete since he was a teenager. In 1979, he started training under Ron Roddan (Coach). In 1984, he participated in the Summer Olympics team for Great Britain.

In 1996, Linford Christie was disqualified from the Olympics final after two false starts. In 1997, he retired from representative International Competitions. He, however, made appearances at invitation meetings. In 1999, the IAAF banned him from athletics for two years after testing positive for nandrolone. After he retired from athleticism, he became a coach. He coaches together with Darren Campbell and Katharine Merry. In 1998, he became a host of the BBC Show ‘Record Breakers’, a post he held up to 2000. In 2000, he appeared in BBC’s Children’s Drama Series ‘Grange Hill’. He also appeared in the series ‘Hustle’. In 2010, he appeared in the reality television show ‘I’m a Celebrity..... Get Me Out of Here’.

Linford Christie has six children. He is currently fifty seven years old. He has an estimated net worth of $88 million. In addition to his six children, it is rumoured that he has two more children.