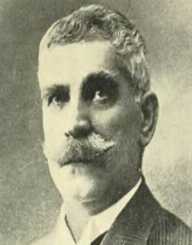 Elin Pelin was a Bulgarian writer famous for writing about the rural life in Bulgaria and the problems people faced when adopting the urban lifestyle. He was also well known for his children’s novels. Many of his works have been adapted into films, and his novels present a clear image of the country life in Bulgaria.

Elin Pelin was born on July 8, 1877. His star sign was Cancer. His birthplace Bailovo is a small village in Bulgaria. Pelin’s birth name was Dimitar Ivanov Stoyanov. His father was Ivan Stoyanov, and mother Stoyanka Ivanova & they belonged to a very large rural family. Growing in the village area, Pelin had the country boy image while growing up. Later this transitioned into his literary works as well.

Elin Pelin was born and grew up during a very crucial time. The industrial revolution was at its peak and was changing the way people carried on their day to day lives. It was taking them away from their country roots and towards urbanization.

Elin Pelin had formal education and strived to become a teacher. He was a voracious reader and started writing his novels at a very early age.

After graduating, Elin Pelin became a teacher in his village. However, he didn’t continue on the job for long. He had great writing talents, and his first published book was a success. Encouraged by this, he shifted to the neighboring village of Sofia.

After deciding to become a full-time writer, Stoyanov picked Elin Pelin as his pen name. He continued writing but also took up a job as a librarian. This gave him enough freedom to write as much as he wanted. In 1910, Elin Pelin was made the Director of Special Collections at the same library in Sofia. WWI didn’t leave Pelin alone either, and he started to work as a war correspondent during this period. His best works would come only after the end of the WWI. Before the WWI, however, Pelin wrote ‘The Gerak Family’ in 1911 – a story about the transformation from country life to a modern society. The book was very well received and praised for its vivid imagery of the rural life in Bulgarian villages.

In 1922, he wrote ‘Earth’ – a book about Bulgarian traditions & societal norms. The book was also well received. Pelin joined the Vazov museum in 1924 and worked there for 20 years. During this period, he wrote a lot of short stories and poems. His short stories became very popular, the most well-known being “Pizho & Penda.” Several of his short stories have been adapted into films.

In 1940, Elin Pelin was made the President of the Union of Bulgarian writers. There is a town Elin Pelin named after him. Both critics and readers have praised Pelin for being a realist in his works.

Not much is known about Pelin’s personal life except that he lived in the village of Sofia and traveled extensively while writing. He had a son named Boyan Ivanov.