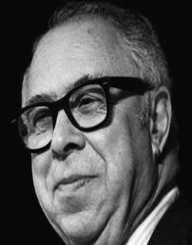 Art Buchwald is a famous name in the world of writing and is regarded as one of the best American Humorist. He used to write the humor column for some of the best newspapers in the world, i.e., The Herald Tribune from the Paris office.

Later on, it shifted to the Washington D.C. office which was also known as a syndicated column in various other newspapers. When talking about his work, it mainly focused upon satires and commentary which were often related to politics.

Art Buchwald was one of the most famous columnists of his times and was even awarded the most prestigious award for the same, i.e., The Pulitzer Prize for his outstanding work in the year 1982.

Art Buchwald was born on 20th of October in the year 1925 in Mount Vernon, New York to Joseph Buchwald and Helen. His father was a curtain manufacturer.

Art Buchwald was born to an Austrian Hungarian Jewish immigrant family and was also the youngest amongst all the siblings. Buchwald had a terrible childhood as shortly after his birth his mother was institutionalized, and he was put in an orphan asylum after the collapse of business during the great depression.

He was moved a couple of times from there and was also made to stay in a foster home until the age of 5 until he was united with his family while shifting to Queens. Buchwald was also a high school dropout and later joined the Marines during the 2nd World War.

Throughout his childhood though, he had a humorist and satirist in him by using the situation that was going around him. It was utterly amazing looking towards the fact that he never had an easy childhood.

As stated above that Art Buchwald joined marines by dropping out of High School, but after the war, he joined the University of South California where he could use his talent and started working with a newspaper as a columnist.

Not only this, but he also held the post of managing director for the on-campus magazine. His professional career as a writer began when he went to Paris and started writing the newspaper column for the Herald-Tribune offering sarcastic and light-hearted takes on the Parisian life. One of his best works during this time was his column explaining about the Thanksgiving Day to French.

By the early 1960’s, Buchwald returned to the U.S., moving to Washington and continuing his writing work using his talent to target political figures.

Art Buchwald's work got the required recognition and all the praise due and was finally awarded the Pulitzer Prize for his humor and a keen sense of observation. His column became so famous that his syndicated column at times appeared in more than 550 newspapers at the same time.

Besides the reputed column in the newspapers, he also tried his writing skills on two novels out of which one was dealing with the criminal element and the other one was a fairy tale. His skills were so vast that he even wrote a play by the name of Sheep on the Runaway which in the year 1970’s had a huge Broadway run.

There was a time around late 1980’s where Buchwald filed a case against the Paramount Pictures regarding a script idea and Buchwald believed that his idea had been misused beyond the movie for which it was so proposed, i.e., coming to America. After a lot of hearing, the parties mutually settled the matter around 1995 and Buchwald continued his writing work writing a memoir exploring his personal experiences of his life in the book, “I’ll Always Have Paris” in the year 1996.

The last work for Art Buchwald was in the year 2006 in the form of a book by the title “Too Soon to Say Goodbye.”

While being in Paris, Art Buchwald met Ann McGarry and the couple got married in the year 1952. They adopted three children named- Joel, Connie, and Jennifer. In early 1960, the couple moved back to the United States.

After the last book, Art Buchwald suffered from kidney problem. Being a fighter, he survived way past what the doctors expected him to and also continued to write, but ultimately he died on 27th January 2007 in Washington, D.C.

Art Buchwald is being remembered as one of the greatest humorists and newspaper columnists of his time.