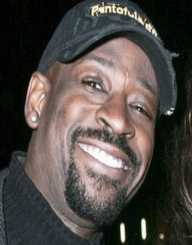 During the ’90s Michael McCary was part of the Boyz II Men.band that sang in perfect harmony. Not much is known about Michael McCary. He seems to live a private life.

On December 16, 1971, in Philadelphia Pennsylvania Michael Shawn McCary was born to Ornette Thomas and Robert McCary Sr. He has a brother named Robert McCary Jr.

At one time he was married and had three children. But on December 23, 2009, he and his wife got divorced. He has not seen his children in several years.

Michael McCary spent the 90’s in the R&B band Boyz ll Men until he was pushed out of the band by the others. He had back pain from Multiple Sclerosis, and this was why the band insisted he leave.

He served as chairman of the 9th street music and film company. He has done some acting in some small parts in flicks such as “The Mansfield 12” and “Hoodlum.” He has worked with big brothers, and big sisters program and the make a wish foundation among others. His net worth to date is 45 million dollars.