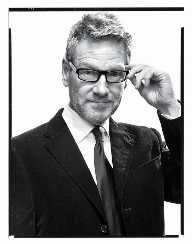 As a young adult, Kenneth Branagh attended the Royal Academy of Dramatic Art.

After finishing his education at the Royal Academy of Dramatic Art, Kenneth Branagh began performing professionally on stage. He appeared in many plays throughout the early 1980’s, but in 1987, he founded his own theatre company with David Parfitt: the Renaissance Theater Company. For the first few years of acting within his new company, he performed in most Shakespeare plays, which are some of his favorite. Those plays and other plays that he has performed in are listed below.

Much Ado About Nothing

All on Her Own

Branagh’s on-screen acting career also began in the early 1980’s. He appeared in his first film, Chariots of Fire as an extra in 1981. Throughout most of the 1980’s, Kenneth Branagh was more focused on his theater acting career, so he mostly only appeared in small roles in television mini-series, films, and made-for-television movies. Some of these include Play for Today, To the Lighthouse, High Season, Boy in the Bush, and Maybury. He then earned his first major recurring role in a mini-series in Fortunes of War in 1987. He appeared in his first big film, Hamlet, in 1989. He also was the director of Hamlet. It would be the first of many films that he would direct.

In the 1990’s, Kenneth Branagh appeared in more films and fewer television shows. The roles he got in films were also larger than roles he had played in the 1980’s. Some of the films he acted in during this decade include Much Ado About Nothing, Mary Shelley’s Frankenstein, Othello, Hamlet, Celebrity, The Theory of Flight, and Wild Wild West. It was also in this decade that Branagh began to work as a producer. Many of the films he produced he also acted in, including Much Ado About Nothing and Mary Shelley’s Frankenstein. He also directed those two films, as well as Peter’s Friends, A Midwinter’s Tale, and Hamlet.

Branagh’s theater career continued to grow throughout the 2000’s. Kenneth Branagh continued to work mostly in films, but also appeared in some miniseries and television shows, including Shackleton and 10 Days to War. Some of his most famous films from this decade include Harry Potter and the Chamber of Secrets, Valkyrie, and Pirate Radio. Throughout this decade, Branagh also continued to produce and direct films. Some of the films that he directed in this decade include Love Labours Lost, As You Like It, and The Magic Flute. He also produced the first of these two films.

Most of Kenneth Branagh’s awards are due to his film & television career or his theater career. Some of his most impressive awards are listed below.

Kenneth Branagh was first married to Emma Thompson in 1989. This couple later broke up in 1995 in part because of Branagh’s affair with Helena Bonham Carter. He later married Lindsay Brunnock in 2003.