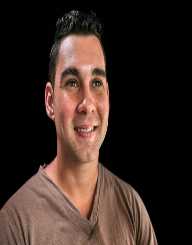 Elian Gonzalez was born on December 6, 1993, to divorced parents, Elizabeth Brotons and Juan Gonzalez. His parents were married for six years and divorced in 1991. However, they continued trying to have a child after their divorce and finally succeed in 1993 when Elian was born. They fully separated amicably in 1996 and Elian went to live with his father. He spent the rest of the time with his mother, who at the time, was living with her boyfriend, Lazaro Munero.

With the harsh economic situation in Cuba, Elizabeth and Munero decided to flee to the US to seek a better life. In November 1999, Elizabeth went to Elian’s school and picked him up early. Together with twelve other people, they boarded a small aluminum boat with a faulty engine headed for Miami, Florida. Along the way the boat’s motor broke and coupled with the storm, the boat began to fill with water. Elizabeth’s boyfriend, Munero, put Elian in an inner tube for safety. The passengers clung to their tubes in the cold water and crashing waves, but in the end, Elizabeth and ten other people drowned. Only Elian and two of the passengers survived the ordeal.

Elian Gonzalez was found on Thanksgiving Day by two fishermen floating three miles off the coast of Fort Lauderdale, Florida. He was then handed over to the Coast Guard who took him to the hospital for observation.

Meanwhile, Elian’s father, Juan, had called his uncle, Lazaro after discovering Elizabeth had left Cuba with Elian and informed him of this, telling him to watch for her. When news of Elian’s rescue broke, he called Lazaro and told him to receive Elian at the hospital. The Immigration and Naturalization Service (INS) granted Lazaro temporary custody of Elian.

Later, with the backing of his relatives notably Delfin Gonzalez and his daughter Marisleysis and the local Cuban Americans, he sued for custody. A lengthy legal battle then began with Lazaro insisting on Elian remaining in the US not be returned to his father in Cuba. He claimed that it was what Elian’s mother had wanted for him. At the same time, Juan Miguel demanded his son to be returned to him.

The custody case was soon highly politicized with the US and the Elian Gonzalez's Miami relatives on the one hand and Elian’s father and family in Cuba and Fidel Castro on the other. Castro even publicly accused the US of kidnapping Elian saying that Cuba will not be intimated America. As this took place during the 2000 American presidential campaign, the custody battle received so much publicity and dominated news cycles. The custody battle became a protracted court case, allowing passions to rise in both the US and Cuba sparking protests in both countries.

Throughout the custody battle, Elian Gonzalez lived with his Miami relatives. On January 21, 2000, Elian’s grandmothers flew from Havana to the US to seek for his return to Cuba. They got to see Elian once in Miami and after that, went to Washington where they met with congressmen and the US Attorney General Janet Reno. They returned to Cuba where they received a hero’s welcome.

From January to February, Juan Miguel sent open letters to the US calling for the return of Elian to Cuba, and on 21st March, the United States District Court for the Southern District of Florida threw out the Miami Gonzalez's petition for asylum they had filed on behalf of Elian Gonzalez. On 19th April, the 11th Circuit Court of Appeals in Atlanta ruled that Elian had to remain in the US until Elian’s Miami relatives appealed for asylum hearing in May.

With the backing of President Bill Clinton, Attorney General Janet Reno ordered Elian’s Miami relatives to surrender Elian to his father, but they defied the order. Negotiations went on for several days, but the relatives were insistent on retaining custody of Elian and wanted a guarantee that Elian will not return to Cuba.

Following this breakdown of negotiations, Reno ordered for the removal of Elian Gonzalez in a dramatic and highly controversial rescue operation on 22nd April. Federal agents armed with submachine guns deployed pepper spray and mace against protesters who were outside the house and forced their way in and plucked a terrified Elian from his uncle’s arms. Alan Diaz, an AP photographer, captured the moment with his highly publicized, Pulitzer-winning photo of a terrified 6-year-old Elian.

Four hours after the rescue mission, Elian Gonzalez was reunited with his father in Washington, D.C. They later returned to Cuba and were received with great fanfare and jubilation.

After his return to Cuba, Elian Gonzalez lived with his father, step-mother and his three half-brothers in Cardenas. His family has had a special relationship with the Castro administration and his father who was a waiter at Josone Park, an Italian restaurant, was appointed to the National Assembly. For many years, Castro himself was guest at Elian’s birthday parties. There’s even a statue of Elian with his fist in the air, in his hometown of Cardenas.

Elian Gonzalez is a strident revolutionary, and in 2008, he was inscribed into the Communist Youth Union by Fidel Castro. He is also a leader of his local Committee for the Defense of the Revolution, an organization that acts as the eyes and ears of the Cuban government. He also took part in the protests for the release of ‘The Cuban Five,’ a group of Cuban intelligence officers accused of espionage by the US. When they were released, he was among the guest of honors in the celebration of their return.

In 2010, Elian joined a Cuban military academy and after that, went to study industrial engineering at the University of Matanzas where he graduated in 2016. Upon his graduation, Elian started working as a technology specialist a company that manufactures plastic water tanks.

Elian Gonzalez has expressed his wish to return to the US one day. He also wishes for a family reconciliation with his Miami relatives who have had no contact with him since he went back to Cuba.

In his free time, Elian Gonzalez enjoys playing sports especially baseball, swimming, hanging out with his friends and spending time with his long-time fiancé, Ilianet Escano. He also enjoys reading, mainly Fidel Castro’s books who he says used to send him books often.

Despite his traumatic childhood experience, Elian Gonzalez has managed to find happiness. He proposed to his high school sweetheart Ilianet Escano on February 14, 2015, during a surprise birthday party he threw for her. Elian works as a technology specialist while Ilianet is studying towards her degree in Chemical Biology.