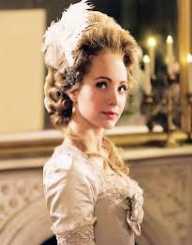 Peggy Shippen was the wife of Benedict Arnold, the renegade who sided with the British by selling important information to the British from the American colonists. She was also believed to have conspired and mitigated the act of treason her husband did.

Born on July 11, 1760, as Margaret Shippen, she was a native of Philadelphia, Pennsylvania. Shippen came from a prominent family and lived a life of comfort. Being the youngest of the family, she was fondly called the “family’s darling.” She had two younger brothers who came after her, but both of them died during infancy which made her the youngest member in the family.

Shippen’s father, Edward, served as a member of the Philadelphia’s provincial council and lawyer while her mother, Margaret, was the daughter of a prominent lawyer named Tench Francis.

The young Peggy grew up educated and well-off, enjoying the arts and music while establishing herself as part of the society.


Meeting and Union with Arnold

Peggy Shippen's entanglement with the British started when the American Revolution broke out. In September 1777, the British took over Philadelphia. At the time, Shippen’s household was holding social gatherings at their home. During one of these gatherings, she made the acquaintance of one of General William Howe’s officers, John André, who would supply the information during their treason.

The following year in 1778, she met her future husband, Benedict Arnold who was working as the military commander of Philadelphia at the time. They wed a year later on April 8, 1779, despite a ten-year age gap.

Involvement in the Conspiracy

Historians believe that Peggy Shippen's involvement regarding the military conspiracy started before her marriage to Arnold; they think his friendship with André perpetrated the betrayal for America. Benedict contacted André providing intel regarding the Americans' plans for the British troops and other useful information.

Flight to London and Death

Benedict sided with the British at this time of war, which also partly explained why Shippen's father agreed with their marriage. A month after their wedding, Benedict came in contact with André and proposed a deal to provide information for the British in exchange of being paid a large amount of money. Shortly after, Benedict was appointed as West Point's commander, a fort located near Hudson River. He shared info on the number of troops, as well as its strongest and weakest points and the fort's defenses.

Their conspiracy came to light when André got arrested on September 23, 1870, wherein documents regarding the map and fortifications of West Point was discovered. He was then captured and executed, and the trace for treason lead to Benedict. Benedict then fled New York and left Peggy Shippen with their infant child.

A young mother in her late twenties, she broke down when confronted with the act by then-president Washington. Gaining sympathy from the president, she went back to Philadelphia to live with her parents but later joined Benedict in New York after being banned from her hometown.

Peggy Shippen mothered five children to Benedict, which consisted of a daughter and four sons until cancer took her at the young age of 44 on August 24, 1804.