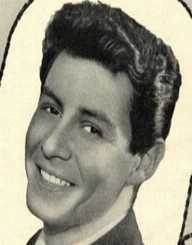 Eddie Fisher born Edwin Jack Fisher was a multitalented American singer and actor. Born on August 10, 1928, he was considered arguably the most successful artist when it comes to the release of pop singles in the mid-1950s. He had millions of record sales throughout his career. Fisher loved music since childhood and did compete in several contests which would inspire his music career.

Eddie Fisher was born on August 10, 1928, in Philadelphia to Gitte and Joseph Tisch. He was the fourth child of seven by his parents. Both his parents were Russian Jewish immigrant. His father’s original surname Tisch was changed to Fisher during the 1940 census. He had his education at the Thomas Junior High School and continued to South Philadelphia High School and Gratz High School which he dropped out before completion.

Growing up Fisher showed some potential in singing which his parents allowed him to develop. He mostly contested in amateur singing competitions and came home with awards. He partook in the famous radio show, Arthur Godfrey’s Talent Scouts which hunted for talents in the locality. At that time Fisher became very popular and a local star making him drop from school to pursue his music.

Eddie Fisher started his music career as a vocalist for bands like Buddy Morrow and Charlie Ventura in 1946. Through his performances, he was heard by Eddie Cantor who later invited him to his radio show in 1949. That moment preceded Fisher’s later great career as his performance on the show gained attention making his popular. The exposure gained him a recording contract with RCA Victor same year.

Eddie Fisher was called into the U.S Army in 1951, trained in Fort Hood, Texas to serve in Korea. For the next two years, he served as an official soloist for the United State Army Band and also as a tenor section member for the band's chorus team at the Fort Myer, Washington D.C. He was discharged from the army in 1953.

Eddie Fisher then performed at nightclubs and also on televisions. Fisher’s music career was a great success through his talent coupled with melodious tenor voice. He became one of the most famous singers from the 1950s to mid-1950. Most of his songs charted in the Top 10 and the Top 40. Some of his later albums were Eddie Fisher Today and Young and Foolish in 1965, You Ain't Heard Nothin' Yet, an Al Johnson tribute in 1968. Throughout his career, he made appearances at major concerts and headlined majority of prominent showrooms in Las Vegas.

Eddie Fisher had an acting role in the film All About Eve in 1950 in which he played a role as a stage manager. He featured in series like Coke Time with Eddie Fisher which was showed on NBC from 1953 to 1957. He later had appearances on shows like The Martha Raye Show, The Perry Como Show, Club Oasis and The Gisele Mac Kenzie Show among several others.

In 1957 Eddie Fisher featured on NBC’s series The Eddie Fisher Show. NBC cancelled the show in 1959 because of his involvement with Elizabeth Taylor which created a massive scandal. Taylor was the best friend of Fisher’s first wife, Debbie Reynolds. So his divorce with Reynolds to marry Taylor created negative publicity. In 1960 he had a role in the drama Butterfly 8 alongside his second with Elizabeth Taylor.

Eddie Fisher has been honoured with two stars on the Hollywood Walk of Fame. The first one is 6241 Hollywood Boulevard for his recording and the other at 1724 Vine Street for television.

Fisher had several health problems affecting his sight, hearing, knee, and back. For his sight, he tried correcting it with a cataract removal surgery which instead worsened his condition. This affected his public appearance and liked to remain indoors to enjoy his old tunes while listening to the news. He died on September 22, 2010, in his Berkeley home of complications of hip surgery. Fisher had undergone surgery after breaking his hips on September 9, 2010. He published two autobiographies Eddie: My Life, My Love in 1981 and Been There, Done That in 1999.