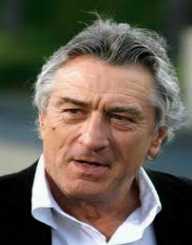 Born on August 17th, 1943 Robert De Niro rose to become a unique talent in the film industry. This is one thing that he had deep within him right from the time he left school simply to pursue his acting career with Stella Adler. Throughout his successful acting career, De Niro was partnered with exceptional directors with the likes of Brian DePalma, Martin Scorsese, and Elia Kazan. The Godfather: Part II -1974 was one of the first films that earned the famed actor an Academy Award. Six years later in 1980, he proved to the film industry that he was going to be great in his acting career. He landed himself another Academy Award for his role in Raging Bull- 1980. Other films that got him high recognition include Goodfellas, Silver Linings Playbook, Analyze This and many more.

Robert De Niro was born on August 17th, 1943 in the New York City. He was born to a painting family as both his father and mother were professional painters. His father, Robert De Niro Sr., was both an Italian and an Irish descent individual. On the other hand, his mother was from the German descent. De Niro was left to be raised by a single parent, his mother after his father left them. He was only two years old when his parents separated.

De Niro’s passion for movies was evident right from his childhood. This was an interest that he developed as he never missed watching the best movies being aired at that time. His acting career was also given a boost by the fact that his mother worked as a typist in a dramatic workshop. This meant that he could attend acting classes without paying a dime.

By the time he was ten years old, De Niro was courageous enough to demonstrate his acting skills on stage. He made his first stage appearance with The Wizard of Oz while playing the role of Cowardly Lion. It did not take time before he got accepted to the High School of Music and Art situated in New York City. Nonetheless, De Niro attended the school for only a few days before leaving. After this, he enrolled in a public school, PS 41. Again, he showed no interest in the early education that he was being taught.

De Niro’s debut role occurred when he was aged 20. De Niro had been cast as one of the lead actors in The Wedding Party. He again appeared in another film in 1970, Bloody Mama. In 1973, he gave his acting career a boost with Bang the Drum Slowly as fans began to love his amazing acting talent. Around this period, he also worked with the famed director Martin Scorsese when he featured in Mean Streets -1973.

His acting career took a positive turn with the role he played in The Godfather Part II – 1974. He played the lead role of Vito Corleone which brought De Niro to high acclaim. Aside from this, he earned himself his first Academy Award. His relationship with Scorsese paved the way for a successful career to both individuals. De Niro worked with him during the 70s all through to the 90s releasing films such as Taxi Driver – 1976, New York, New York – 1977, Raging Bull – 1980, The King of Comedy -1983, Goodfellas – 1990, and Casino – 1995.

De Niro also attracted a large fan base to his side when he featured in Goodfellas. In this film, he had starred alongside celebrated actors such as Joe Pesci and Ray Liotta. During the 90s, Awakenings – 1990, was also another project that brought success to his side. He earned an Oscar award nomination for his character in the film.

In 1976, Robert De Niro wedded Diahnne Abbott. Together, they had one son and later divorced after 12 years of their marriage. He went on to have a long-term affair with Toukie Smith. This relationship gave birth to twins. In 1997, he got married to Grace Hightower and had another son from the relationship.