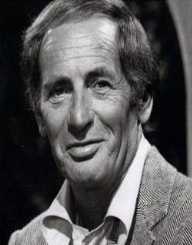 Joey Bishop was an American comic entertainer and longest living member of the Rat Pack.

Joey Bishop was born on February 3, 1918, in The Bronx, New York. He set a new record at the Fordham Hospital for being the smallest baby ever to be delivered there. His birth name was Joseph Abraham Gottlieb, and he was the son of Jewish immigrants. Bishop was the 5th born in their family of five children. Bishop’s parents were Jacob and Anna Gottlieb. He came from a humble background. His father was a bicycle repairman.

Joey Bishop grew up in Philadelphia. His entertainment role started early in life. He quickly learned dancing and imitating people. Bishop also learned musical instruments like the mandolin and banjo. Bishop never graduated from high school. He became a school dropout at 18years of age. He was known as Joey Gottlieb. Together with his friends, they formed the group Bishop Trio. Bishop is a name they got from a chauffeur friend of the trio. The group did not last for long. Eventually, it broke up. Joey Gottlieb stuck with the name Bishop.

Joey Bishop was drafted in the US army during WW2. He got a promotion to the rank of Sergeant during his service in the Army. He was discharged in 1945. After the war, he went back to his passion.

Joey Bishop debuted on the television in 1948. It took a while before he became a known figure. He got the exposure he needed by frequenting talk and comedy shows. At last, he became a regular guest on Tonight Show Starring Johnny Carson. He appeared on the show in 177 episodes. The show lasted from 1958 to 1962.

After the show ended, Bishop started his production The Joey Bishop Show. The show aired from 1961 to 1965. With a new co-host Regis Philbin, Bishop launched another show with the same name. The new Joey Bishop Show was televised from 1967 to 1969. In his illustrious television career, Bishop made appearances in 20 shows. In some of them, he was a regular guest host.

Joey Bishop forged a working relationship with four entertainers to form the Rat Pack. They consisted of Frank Sinatra, Dean Martin, Sammy Davies Jr, and Peter Lawford. Due to their established careers, Bishop was the least known of the group. Still, Bishop was the script originator of most the group’s performances.

Apart from comedy and talk shows, Joey Bishop featured in screen films. He starred in the 1960 film Ocean’s 11. Two years later, he appeared in the movie Seargent's Three.

Bishop took a break from Hollywood. After being away for 23 years, he resumed with a cast in Betsy’s Wedding. He last appeared in the film Mad Dog Time in 1996. His last film was a production of his son. In total, Bishop appeared in 14 big screen films.

Joey Bishop got married to Sylvia Ruzga on January 14, 1941. The couple stayed together until the death of Sylvia on September 20, 1999. They had a son Larry Bishop. Larry is also an actor and film director.

Joey Bishop died on October 17, 2007, in California aged 89. His health had deteriorated for a while. Eventually, he died of multiple organ failure. He was not buried, but the family cremated the body and poured his ashes in the Pacific Ocean as a sign of continuity.

Controversy followed his death. Joey Bishop disinherited his son from his will. With no clear family member to claim his wealth, Bishop left his wealth to his longtime attorney. Two cases were filed to contest his will. First Nora Garbotti filed a lawsuit claiming half of the estate as his longtime companion. The second was a Jewish organization which wanted funding from the left estate. Rabbi Reuven Mintz claimed to be Bishop’s spiritual mentor. He wanted a piece of the Bishop’s wealth for the Jewish charity Chabad. Both cases were thrown out.