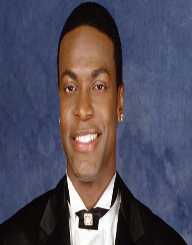 Christopher Tucker, known famously as Chris Tucker, is a standup comedian and movie actor who gained widespread popularity from his role as Detective James Carter in the Rush Hour series, alongside, Jackie Chan. He has worked with several famous stars such as Bruce Willis and Ice Cube in other projects.

Chris Tucker was born on August 31, 1971, in Atlanta, Georgia, United States. His father Norris Tucker had a janitor agency, and his mother Mary Louise was a homemaker who also did small jobs to support the family. Tucker has five siblings and is the youngest child of his parents.

While in high school, Chris Tucker worked as a janitor at a local Burger King.

Chris Tucker left for Los Angeles with dreams of making it big. He later said in an interview that he left home early so that if he failed, he could always go back. As a child, he had developed a style of comedy, and hoped to reach success and fame, riding on the same.

After a few small stints, Chris Tucker landed a spot at the Def Comedy Jam. He was quite successful there and became a regular comedian with them.

Tucker’s first movie role came in 1994 when he made his debut in House Party 3. The movie was moderately successful, but Tucker’s performance was praised. He then did a few small roles, before appearing in the 1995 film, Friday, alongside Ice Cube.  Chris Tucker career got a major boost when he was cast in a role in the Bruce Willis film, The fifth element. But the most notable movies of Tucker’s career belong to the Rush Hour series. These films established him as an accomplished actor in the Hollywood film industry. The first two Rush hour movies made more than $600 million.

The success of the franchise allowed the producers to sign Tucker for a third film Rush Hour 3, for a huge amount of $25 million.  The film, however, landed flat on the box office due to a weak script. Chris Tucker also appeared in the movie Jackie Brown, by Quentin Tarantino.

Chris Tucker was in a debt of over 12 million dollars at some point after the failure of Rush Hour 3. Disillusioned, he left Hollywood and vanished from the scene for close to four years.

In 2011, Chris Tucker made a comeback to comedy and began performing standup comedy. Motivated by the positive feedback, he took on a role in the 2012 movie, Silver Linings Playbook.  The film was successful, and his performance was praised again.

Chris Tucker received the MTV award for Best Onscreen Duo along with Jackie Chan for the Rush Hour series. He also won the 2012 Broadcast Film Critics Award for Best Cast along with other members of the Silver Linings Playbook cast.

Chris Tucker has a son named Destin, who was born in 1998. He has traced his ancestry to African, European and Native American people.