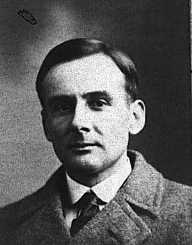 Benjamin Guggenheim was an American businessman who died on the ill-fated Titanic RMS. He was born on October 26, 1865, in Philadelphia, Pennsylvania, to the industrial mining magnate Meyer Guggenheim and his wife, Barbara Myers. Benjamin was the fifth son of the couple and grew up following in his father’s footsteps in business. He went to the Peirce School of Business, which was one of the most prestigious schools at the time.

Benjamin Guggenheim joined the family business after graduation and at 20; he went to Colorado to oversee the family’s mining business in Leadville.  It was while working there that he got the inspiration to start a smelting business. He started with one plant in Pueblo, which was a huge success, prompting him to open more. The smelting operation multiplied and became quite profitable for the Guggenheim. Due to his interest in silver, Benjamin was dubbed the “Silver Prince.”

After taking a much-deserved break in Europe, Benjamin Guggenheim returned to the U.S. and started another business, building mining machinery. The business flourished, and in 1906, it joined the International Steam Pump Company. Benjamin served as the chairman of the company’s executive committee and was elected president three years later.

In 1984, Benjamin Guggenheim got married to Florette Seligman. His father-in-law was James Seligman, who was a senior partner in J. & W. Seligman & Co, and his mother-in-law was Rosa Seligman née Content. They were blessed with three daughters: Benita Rosalind, Marguerite “Peggy” and Barbara Hazel Guggenheim. Peggy later became a renowned art patron and collector.

Due to the immense growth of his businesses, Benjamin was often called away to handle business matters. This took time away from his family, and he was often away from their home in New York City. He even had an apartment in Paris, France. As a result, he became distant from his wife and at the time of his death, he was in the company of his mistress.

In 1912, Benjamin Guggenheim was scheduled to return from Europe and was initially booked on Cunard’s ocean liner, Lusitania. That trip was, however, canceled so that the ship could be repaired. The shipping company provided a replacement vessel, Carmania, but Benjamin decided not to travel to New York on that ship. Instead, he chose to travel with a new White Star Line, the Titanic RMS.

On April 10, the Titanic left Southampton, England, for her maiden voyage. Being its first transatlantic crossing, the ship’s passengers comprised of wealthy industrialists, high-ranking officials and dignitaries, and celebrities. Among them were Benjamin, his mistress Leontine Aubart and her maid Emma Sägesser, his valet, Victor Giglio, and his driver, Rene Pernot. Benjamin and Victor were booked in a stateroom cabin, while Leontin and her maid occupied another cabin on the same floor. Rene took a cabin in second class.

After four days of steady sailing on calm seas under a clear sky, the Titanic received reports of iceberg sightings from other ships. This was the first indication of the misfortune that was about to occur the ship. Later that day at around 11:30 p.m., a lookout noticed an iceberg dead ahead. Alarmed, he rang the warning bell and called the bridge. The engines were reversed quickly causing the ship to make a sharp turn. As a result, the ship grazed the side of the iceberg and, seemingly, disaster had been averted.

Unknown to the lookouts, the iceberg had an underwater spur with a jagged edge which slashed the hull leaving a 300-foot gash. Seawater began pouring into the compartments pitching the bow downward, which in turn increased the volume of water pouring in.

While this was happening, Benjamin and Victor were fast asleep in their rooms and didn’t wake up until after midnight when Leontin and Emma awakened them. With the help of the steward assigned to their stateroom cabin, Benjamin got dressed. The steward put a life preserver on Benjamin, gave him a thick sweater and told him to go up to the deck. Together with Leontin, Emma, and Victor, they headed to the boat deck where people were being loaded onto lifeboats.

As per the law of the sea, women and children were the first to board the lifeboats. As such, Leontin and Emma reluctantly boarded lifeboat 10. Benjamin Guggenheim saw them off, telling them that they will see each other soon since the ship only needed repairs. He and Victor then spent the next few hours helping women and children board the lifeboats.

As the ship continued to sink, Benjamin realized the situation was much more severe than he initially thought. Being part of the evacuation effort, he saw how haphazard and disorganized it was and realized that he was not going to be saved. Together with Victor went down to their cabin to change. They dressed in their best evening wear, and Benjamin was heard saying they were prepared to go down like gentlemen.  He told a steward to deliver a message to his wife, telling her that he had done his best. The two men spent their last moments seated on deck chairs by the Grand Staircase. They died that day, and their bodies were never found. Rene, his driver, also died on the ship.

When news of Benjamin Guggenheim's unfortunate demise reached his family, they were distraught. His brother, Daniel, stayed by Florette and was with her when the steward went to deliver Benjamin’s last message in person. The steward told them of Benjamin’s bravery and conveyed the message to Mrs. Guggenheim. Hearing that her husband helped women and children and thought of her in his last moments greatly consoled the grieving widow. In a press conference, Daniel conveyed his bitterness at the loss of his brother. He decried the situation that led to the disaster and blamed the shipping company for not taking proper precautions.

In his last will, Benjamin left his wife, Florette, one-third of his vast estate. To his three daughters, he left two-thirds of the estate and made charitable donations of $115,000.

Benjamin Guggenheim is one of the most prominent American victims of the Titanic disaster, and as such, he has been portrayed in several TV series, films, and movies. The most notable one is his portrayal by Camillo Guercio in the movie ‘Titanic’ in 1953. Harold Goldblatt portrayed him in ‘A Night to Remember in 1958, and Michael Ensign played him in the 1997 movie, ‘Titanic.’