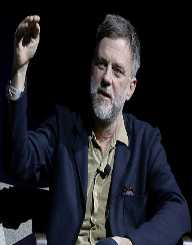 Anderson didn't get along with his mother, but he and his father were close. Anderson's father encouraged him on his journey, suggesting that Anderson become either a director or a writer.

When he was 12, Anderson's father gave him a Betamax video camera, and Anderson began his filming career. Making movies since the age of eight, Anderson had no plans other than to become a film director.

He completed his high school studies at Montclair Prep. Anderson directed and wrote his first proper film when he was 17. He was still in high school at the time.

Anderson enrolled at Santa Monica College, then moved to Emerson College where he completed two semesters. He then went to New York University, but he was only there two days.

After two days at university, Anderson got his first job as a production assistant for television movies. He also worked on game shows and music videos.

He scraped together $20,000, and in 1993 made his first short film called Cigarettes & Coffee. In 1993, the film was screened at the 1993 Sundance Festival Shorts Program. Anderson expanded the film into a full-length movie. As a result, the following year it showed at Sundance in the Feature Film Program.

In 1996, Anderson directed Hard Eight. The film showed at the 1996 Cannes Film Festival, and it launched Anderson's career.

His next movie was the acclaimed, Boogie Nights in 1997, receiving three nominations at the Academy Awards. Julianne Moore and Mark Wahlberg launched their careers. It also improved the waning career of Burt Reynolds.

In 2002, Anderson teamed up with Adam Sandler for his next movie called, Punch-Drunk.

Such is the quality of his work that Anderson has been nominated for over 120 awards. He has won almost 40 of them.

In 2001, Anderson began a long-term relationship with Maya Rudolph. Rudolph is an actress and comedian. The couple has four children. The three eldest are girls, and the youngest is a son.