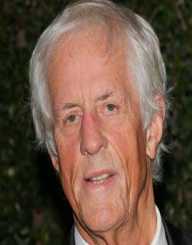 Michael Apted was born on February 10, 1941, in Aylesbury, Buckinghamshire, England. He is a famous English film producer, actor, and writer. He has directed several films including ‘Up-Series’ (1964), ‘Coal Miner’s Daughter’ (1980) and ‘The World is Not Enough’ (1999). His proficiency has seen him earn awards such as the Golden Globe Award. He was appointed the president of the Directors Guild of America in June 2003 and Companion of the Order of St Michael and St George (CMG) in 2008.

After school, Michael Apted did his internship at Granada Television in Manchester for six months. His primary role was research and profiling as an assistant director to Paul Almond. He began his first project in 1964 titled ‘Up Series’ which featured about fourteen seven-year-old children. He did much of the work including the selection of the children who created the shots for the documentary. He also collaborated with Rosenthal to come up with episodes for the films ‘The Dustbinmen’ and ‘The Lovers’. In 1982, they also directed the TV film P'tang, Yang, Kipperbang.

Apart from television series and films, he has also made and directed different documentaries. He has focused on the personal lives of people sharing their experience, passion, and adventures. He directed ‘Bring on the Night’ which explored the making of the first solo album by Sting. He directed ‘the Long Way Home’ in 1988 about musician Boris Grebenshchikov and how he made it to the West. In 1997, he created ‘Inspiration’ which focused on the diversity of creativity in music, architecture, dancing, painting and crafting. The other documentaries which he directed include ‘Moving the Mountain,’ ‘The Official Film of the 2006 Fifa World Cup’ (2006).

Michael Apted was first married to Jo Apted with whom they had two sons. He later married his second wife Dana Stevens and was later divorced having one son. In January 2014, Michael married a third wife, Paige Simpson.