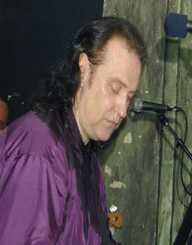 David Russell Gordon Davies alias Dave Davies was born on February 3rd, in 1947. He is a celebrated guitarist who guided The Kinks band. He played alongside his brother Ray Davies in the same band. Due to his prowess on the guitar, Rolling Stone magazine listed him among the greatest guitarists of all time.

Dave Davies was born on February 3rd, in 1947. His place of birth was in London, England. He is the eight born son to Annie and Fred Davies. His elder brother is called Ray Davies. He would later play with him in the rock band called The Kinks. The two brothers had diverse interests with regards to their inclination in music. This brought about a rivalry between them right from a tender age.

Dave Davies and his elder brother teamed up with their childhood friend called Pete Quaife, and they played together. Quaife would later become one of their band members. In 1963, Davies and his friend Quaife came up with the Kinks band. Shortly after, his elder brother Ray also joined them. Ray later became the most admired individual in the band.  Mick Avory also joined the Kinks as a drummer. However, Davies did not have a smooth relationship with drummer Avory. This became part of the major reasons why Davies left the band during the mid-1980s.

With time, the band released "You Got Me." This song was a major hit and thus brought Davies and his bandmates to the limelight. In spite of the challenges that the band faced, they grew steadily with the help of Ray’s unique songwriting skills. By the end of the 1960s, Ray was leading the Kinks band.

Around the mid-1960s, Dave Davies released “Death of a Clown.” This was his debut song as a solo artist. The song performed well as it was ranked third in the UK Singles Chart. In November 1967, he released another single called "Susannah's Still Alive." His next single “Lincoln County” was a huge failure as it was not charted. This was followed by “Hold my Hand” which did not also get the opportunity of being charted. Following the dismal performances of his singles, he did not record an album.

Dave Davies tied the knot with Lisbet Davies in 1967. The two ended their marriage in 1990. The two had four sons together. He also had a romantic relationship with Nancy Evans. They had three children together. Similarly, he briefly reunited with his high school girlfriend named Sue Sheehan.