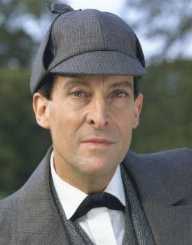 Jeremy Brett was born on November 3rd, in 1933. He was a celebrated English actor mainly for the role he played in My Fair Lady -1964. Similarly, he is best remembered for the detective role he starred in the TV series dubbed Sherlock Holmes. He reprised his role from 1984 to 1994.

Peter Jeremy Huggins alias Jeremy Brett was born on November 3rd, in 1933. His birthplace was in Berkswell Grange. He was the son of a Lieutenant named Colonel William Huggins. His mother was called Elizabeth Cadbury. Brett’s older brothers were called Michael, Patrick, and John. Martin Clunes, a famous English actor, is his nephew.

In 1959, Brett suffered a considerable loss after he lost his mother. She died from a car crash which occurred in the Welsh mountains.

Jeremy Brett debuted on stage in 1954. He was acting at the Library Theatre situated in Manchester. He landed on his first major film role in 1956 with his role in War and Peace. This movie was starred by Audrey Hepburn. The same year, he featured in a Broadway production called Richard II. He played the role of the Duke of Aumerle.

He was also active on film with roles in films such as The Wild and the Willing -1962, The Very Edge -1963 and Girl in the Headlines -1963. His most notable role in the film industry came in 1964 after playing the role of Freddy Eynsford-Hill in the movie My Fair Lady.

Regardless of the numerous roles that he played both on stage, film, and TV, Jeremy Brett earned immense recognition for the role he played in The Adventures of Sherlock Holmes. He took the part of Sherlock Holmes in the TV series. He played this role for about a decade from 1984 to 1994.

Jeremy Brett wedded Anna Massey, an actress in 1958. This marriage was short-lived as it ended in divorce in 1962. His second marriage was to Joan Wilson in 1976. The two lived together until Wilson passed away in 1985. Brett had three children.

Jeremy Brett breathed last on September 12th, in 1995. He suffered a heart failure leading to his death at the age of 61.