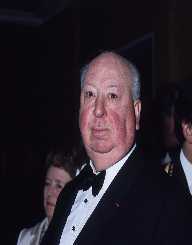 Alfred Hitchcock was born on August 13th, in 1899. He was hailed as one of the best directors back in the day. It is from this profession that he gained the nickname “Master of Suspense.” He had a unique way of entertaining his audience with captivating movies that left them in suspense. Before venturing into the film industry, he worked in the engineering industry.

He began his works in the film industry in 1920. In 1939, he migrated to Hollywood where he released his Academy Award film called Rebecca. Throughout his film career, he directed over 50 films. Some of them include Rear Window, Stage Fright, Notorious, To Catch a Thief and several others.

Alfred Joseph Hitchcock was born on August 13th, 1899. His place of birth was in Leytonstone, London. His father’s name was William Hitchcock. He worked as a poulterer and a greengrocer. His mother was named Emma Jane Hitchcock. Alfred Hitchcock was the youngest son in a family of three children. He had one older brother and a sister.

Sources claim that his parents were quite strict to the talented young Hitchcock. At one point, they sent him behind bars for ten minutes as a punishment for behaving imperfectly. Alfred Hitchcock was an obese individual during his youth years. It is for this reason that he was lonely.

Alfred Hitchcock went to college at St Ignatius' College located at Stamford Hill. After graduating from college, he went on to enroll in art classes at the University of London. With time, Hitchcock landed himself a job at Henley’s cable company. Around this time, he started honing his creative writing skills. The advantage that he gained is that the cable company soon launched its publication called The Henley Telegraph.

This publication gave Hitchcock a platform where he could publish his writing. He regularly submitted short articles to the company’s publication, and this made him a famous contributor to the magazine.
His unique writing skills were well received as they had a twist in the end. His first publication was called “Gas”-1919. This piece talked about the story of a young lady thinking that she goes through assault, only to realize later on that she was hallucinating as a result of the anesthetic she had received at the dentist’s office.

Alfred Hitchcock debuted in the film industry in 1920. He first worked with Famous Players-Lasky Company and helped in designing title cards for the silent films that it was airing. Sooner or later, he served as the assistant director in these films.

Five years after entering the film industry, Hitchcock began directing films. His style was different from what people had been used to. He directed “thrillers” which gave him global recognition. His 10th directing cinema was called Blackmail-1929. This was one among the early sound films. During the 1930s, he went ahead and directed classic suspense movies including The Man Who Knew Too Much-1934 and The 39 Steps-1935.

With things working out fine for Alfred Hitchcock, he migrated to Hollywood. He created his first movie in 1940-Rebecca. The film earned Hitchcock an Academy Award for best picture. Around this period, Hitchcock’s most memorable movies were the likes of Psycho-1960, The Birds-1963, and Marnie-1964.

Alfred Hitchcock wedded Alma Reville in 1926. She got the nickname "Lady Hitchcock."Two years later, they welcomed their first child named Patricia Hitchcock. She also featured in some films that Hitchcock was directing, e.g., Psycho-1960.

Alfred Hitchcock passed away on April 29th, in 1980. He suffered a kidney failure leading to his death at the age of 80.