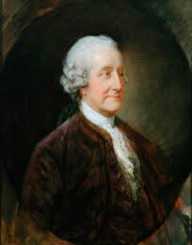 John Montagu was born in the district of Chiswick, England, on November 13, 1718. His father was Edward Montagu, Viscount Hinchingbrooke, and his mother was Elizabeth Popham. He had two sisters, named Mary and Elizabeth.

John Montagu began his training at Eton College. He then enrolled at Trinity College at the University of Cambridge but left before graduating.

In 1739, John Montagu joined the House of Lords as a follower of the Duke of Bedford. He was a member of the Patriot Whig Party and became known for his great speeches. In 1744, he became one of the Commissioners of the Admiralty. In 1745, he briefly served as a Colonel in the British Army. In 1746, he was one of the British representatives in the Congress of Breda.

He later became an ambassador to the Dutch Republic. From 1748 to 1751, Montagu was the First Lord of the Admiralty. After that, he spent more than a decade away from politics. In 1763, he briefly returned to his position. Later that year, he became the Secretary of State for the Northern Department. He held that job until 1765. From 1768 to 1771, he held the position of Postmaster General.

During this time, he spent a month serving as Secretary of State. From 1771 to 1782, Montagu served as the First Lord of the Admiralty for the third time. During his term, he had to deal with problems such as the Falklands Crisis and the American Revolutionary War.

John Montagu was fascinated by Oriental culture. He opened up several Orientalist societies, such as the Divan Club. Montagu also liked old music. He started the Catch Club and the Concert of Ancient Music.

Montagu was initially involved with the courtesan Fanny Murray. In 1741, he married Dorothy Fane, daughter of Viscount Fane. They had three sons, named John, William, and Edward, and a daughter named Mary.

Dorothy had a mental illness, and the couple started living in separate homes. Montagu soon became involved with opera singer Martha Ray. They had nine children together, five of whom survived infancy. Their son, Basil, became an accomplished lawyer and author.

John Montagu passed away on April 30, 1792, at the age of 73. He was buried at the All Saints Chancel in Barnwell, Northamptonshire.

The sandwich was named after Montagu because he supposedly invented this food. He often ate a piece of beef between two slices of bread. People claimed that he used to eat this while he was gambling. It is not completely clear whether he is the actual inventor of the sandwich.