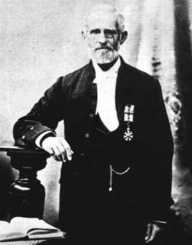 Paul Bernays was born on October 17, 1888. He was a Swiss mathematician. He made numerous contributions to the philosophy of mathematics. He also developed a new discipline of mathematical logic.

Paul Bernays was born on October 17, 1888, in London. He was born to Julius Bernays who was a businessman and Sarah Brecher. He was brought up alongside four siblings. He attended K’’ollnisches Gymnasium where he showed an interest in music. He also became a pianist. He also attended Technische Hochschule Charlottenburg. He later joined the University of Berlin where he studied under Issai Schtur, Frobenius, Landau and Schottky in mathematics. He also studied physics and philosophy. He also studied at Gottingen where he majored in mathematics while studying philosophy and theoretical physics.

In 1933, Paul Bernays lost the Venia Legendi post at the University because of his Jewish history. He was hired by Hilbert as his assistant before he left for Switzerland. In 1934, he was employed at Eidgen``ossische Technische Hochschule Zu``rich as a teacher. The following year he gave lectures on mathematical logic and axiomatic set theory at the Institute for Advanced Study, Princeton.

In 1939, Paul Bernays obtained the Venia Legendi at the Eidgen``ossische Technische Hochschule Zurich. In 1945, he became an extraordinary professor. He became friends with Ferdinand Gonseth as they had the same ideas. He later joined the editorial board of ‘Dialectica.’ He also became a member of the International Society for the Philosophy of Science. He later became the president of the society.

Paul Bernays was a Jew and a citizen of Switzerland. He did not marry throughout his lifetime. He was a helpful and optimistic person. He died on September 18, 1977, of a heart condition in Zurich, Switzerland.