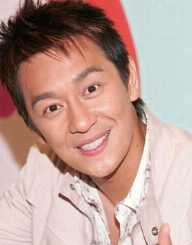 Benny Chan was born on October 7, 1961. Benny Chan is a Hong Kong actor, singer and film director. He has directed films such as ‘A moment of Romane,’ ‘The Magic Crane,’ ‘Man Wanted’ and ‘Big Bullet’ among others. He has starred in movies such as ‘Iceman,’ ‘Love and the City,’ ‘The Final Winner’ and ‘Salon Beauty’ among others.

Benny Chan was born on October 7, 1961, in Hong Kong. He attended Raimondi College. He later joined Lingnan University where he graduated with a Bachelor’s Degree in Social Science. He is very fluent in English, Cantonese, and Mandarin.

In 1994, Benny Chan began his acting career when he appeared in a television commercial for Vitasoy. He later joined TVB where he acted in so many films which were produced by the company. In 1997 he starred in ‘Demi Gods and Semi Devils’ as Duen Yu. The following year, he starred as the Monkey King in the film ‘Journey to The West II’. In 2001, he appeared in the film ‘Gods of Honour.’ He has starred in many other films such as ‘Salon Beauty,’ ‘Love is a Butterfly,’ ‘Iceman,’ ‘Made in Heaven’ and ‘The Final Winner’ among others. He has also appeared in television shows such as ‘Dragon Love,’ ‘Vigilante Force,’ ‘Network Love Story’ and ‘Anti-Crime Squad’ among others. He has however not been active in Hong Kong since the beginning of the 2000s. He has started working on mainland Chinese and Taiwanese television series. He plays the role of Holy Monk in the series ‘The Holy Monk.’

Benny Chan is also a director, and he has directed films such as ‘Son of the Run,’ ‘The Magic Crane.’ ‘Happy Hour,’ ‘Man Wanted,’ ‘New Police Story,’ ‘Divergence’ and ‘Chocolate Lovers’ among others. He was nominated for Best Director at the 24th Annual Hong Kong Film Awards for the film ‘New Police Story.’

In 2011, Benny Chan married Lisa Jiang Lisha, a Chinese model with whom he has a daughter, Ya Ru Chan.