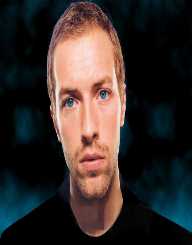 Chris Martin was born on March 2nd, 1977. He was born in Exeter, Devon in England. While attending University College London, he met Will Champion, Jonny Buckland, and Guy Berryman. They were the team that would later come up with Coldplay, a world-renowned band.

Soon, Martin became the lead singer of the band. He was also the pianist and the rhythm guitarist. Their first album was a major hit and that they won a Grammy award for it. In addition to this, it had a considerable number of sales totaling 5 million copies.

At birth, Chris Martin was given the name Christopher Anthony John Martin in 1977. He is the eldest son of Anthony Martin, his father, and Alison Martin, his mother. He has four other siblings. Martin’s interest in music grew because his mother was a music teacher. While in his preparatory school, Exeter Cathedral School, he came up with his band called The Rocking Honkies.

Later on, he went to Sherborne School located in Dorset. This was where he met Phil Harvey, his future band manager. After this, he went to the University College London. He majored in Ancient World Studies after which he graduated with First Class Honors. At the university, he met Will Champion, Jonny Buckland, and Guy Berryman. They were also aspiring musicians.

Chris Martin and guitarist Jonny Buckland paired together and decided to form a band together. The first name that they gave to the group was Pectoralz. This was later changed to Starfish. By 1997, the duo had recruited other members into the band including Guy Berryman and Will Champion.

Later, the band changed their band name to Coldplay. They released their first album in 2000. This was Parachutes. This was a significant success for the group as it was not only a commercial success, but it was also ranked as No. 1 on U.K. In the U.S. Billboard 200, some of the songs in the album were successful including “Don’t Panic,” “Trouble” and “Yellow.” Soon, the record was a seven-time platinum with several awards like Best British Album Award in 2001 and the Grammy Award for best alternative music.

A Rush of Blood to the Head was their second album released in 2002. This was another success for the young band. Favorite songs included in the collection were "The Scientist," In My Place," and "Clocks." After releasing their next album, the band went on a tour to North America, Australia, and Europe. The trip took nine months.

The song “Clocks” was awarded as the record of the year. On the other hand “In My Place” was awarded for being the best rock performance done by a band. The success of Coldplay right from the beginning went on as they released other albums including Vida La Vida, X&Y, Prospekt's March, Mylo Xyloto, and LeftRightLeftRightLeft.

Aside from Coldplay, Chris Martin’s career as a songwriter has been on the rise. He is accredited for writing acts Jamelia and Embrace. He has been in collaborations with other artists such as Nelly Furtado and Jay-Z. While working with Furtado, they released "All Good Things (Come to an End)."

As for Jay-Z, they worked together on the song "Beach Chair," which was part of Jay-Z’s album, Kingdom Come. Other celebrities he has collaborated with are Kanye West, Swizz Beatz and Avicii, a DJ and a producer.

In 2003, Chris Martin got married to Gwyneth Paltrow. She is an actress and a singer by profession. The couple has two children together. Their daughter is named Apple Blythe Alison Martin while son is Moses Bruce Anthony Martin.

However, in March 2014, the couple separated. After this, Chris Martin went ahead to date Jennifer Lawrence, who is well known for her role in Hunger Games. They only dated for a few months.