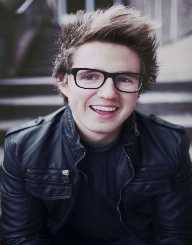 Marcus Lloyd Butler was born on December 18, 1991, in Brighton, England. He began rising to stardom in 2010, after creating his YouTube channel Marcus Butler TV. At first, he began posting soccer match clips but later began posting videos about his beliefs and opinions on various topics.

Butler soon gained a wide range of followers and currently has almost 5 million subscribers and more than 400 million views on his videos. After gaining mainstream popularity on the site, he began collaborating with YouTube stars such as Jim Chapman, Caspar Lee, Tyler Oakley, Troye Sivan and many others. He and three other YouTubers created the YouTube Boyband to raise money for Comic Reliefs.

With his fun and charming personality, Butler has managed to gain a wide circle of fans and followers. In 2015, he released a part-autobiography, part self-help book Hello Life. He also started his second channel MoreMarcus, which has over two million subscribers.

Besides YouTube, Butler is also active on other social media sites like Twitter and Instagram. In 2013, The Telegraph named him as one of the most influential Tweeters. His popularity on social media has led Butler to appear on television. He was a contestant in the 2016 Celebrity Master Chef. He also stared in the British television show Release the Hounds.

Butler dated a fellow YouTube star Niomi Smart while they were both in school. The couple launched a healthy eating subscription service SourcedBox together. However, they broke up in 2015. He is currently dating model Stefanie Giesinger.

Butler has modeled for Dolce & Gabbana for its Fall Winter 2017-2018 show in Milan. He has also tried out his talents in singing together with the YouTube Boyband, and in 2016 released the single “I’m Famous.”