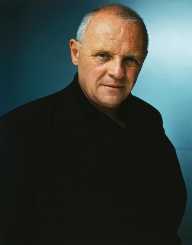 Welsh actor Anthony Hopkins born Philip Anthony Hopkins in Port Talbot, Glamorgan, Wales on the 31 December 1937 to Annie Yeates and Richard Hopkins. He was born into a working-class family, and his father was a baker.

Anthony Hopkins was educated at Jones’ West Monmouth Boys School, Pontypool and Cowbridge Grammar School, Glamorgan. He had learning difficulties at school and suffered a loss of confidence.

Later, he joined the YMCA, and this was when he became interested in acting. In 1957, he graduated from the Royal Welsh College of Music and Drama. He then did two years in the British Army. After his national service was completed, Hopkins relocated to London and began studying at the Royal Academy of Dramatic Arts.

Hopkins’ breakthrough in the theatre came when he was invited by the British actor Laurence Olivier to join the Royal National Theatre. His first appeared on television in the film A Flea in Her Ear (1967). He subsequently played Richard the Lionheart in the film The Lion in Winter (1968), and this established him as an actor.

Anthony Hopkins has won numerous nominations and awards including a 1992 Oscar for Best Actor for his portrayal of Hannibal Lecter in Silence of the Lambs, three BAFTA awards, two Emmy Awards as well as the Cecil B DeMille Award. He was awarded a Commander of the Order of the British Empire (CBE) in 1987.

He also as a star on the Hollywood Walk of Fame (2003), has been knighted by the Queen of England and the BAFTA Fellowship acknowledged him with a lifetime achievement award. A poll in his homeland of Wales voted him one of 100 Welsh Heroes (2004).

An alcoholic, Hopkins is on record as saying that the AA saved his life in 1975 when he was given the tools to deal with the problem.

Anthony Hopkins has been married three times. His current wife is Stella Arroyave, whom he married in 2003. He was previously married to Petronella Baker (m.1967-div.1972) and Jennifer Lynton (m.1973-div.2002). He has one child, a daughter Abigail Hopkins (b.1968) who is an actress and composer.  Hopkins is a dual British/American citizen and lives in Malibu, California.

Anthony Hopkins has contributed towards many charities. He is particularly interested in the preservation of the Snowdonia National Park in Wales and is president of the Snowdonia Appeal which is run by the National Trust of Britain.

Anthony Hopkins is the author of the publication, Anthony Hopkins’ Snowdonia and has donated more than a million pounds to the preservation of the site. He is a patron and member of various organizations including Greenpeace, the YMCA and the Rehabilitation for Addicted Prisoners Trust.