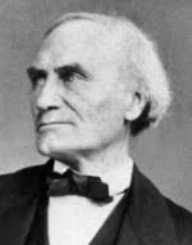 Jean-Eugène Robert-Houdin was born on December 7th, in 1805. He was a celebrated magician. He earned immense recognition due to his unique style of conjuring.

Jean-Eugène Robert-Houdin was born on December 7th, in 1805. Prosper Robert, his father worked as a watchmaker. His mother left them when he was still a toddler.

Jean-Eugène Robert-Houdin attended the University of Orleans. He graduated when he was aged 18 and moved back to Blois. Initially, Jean-Eugène’s father pressured him to take on a law career. Nonetheless, his interest was to become a watchmaker, just like his father.

Later, there was a time when Jean-Eugène purchased a set of books that would have helped him earn some skills in watchmaking. Nevertheless, when he got home, he realized that a different collection of books had been packed for him. Books of magic had been packed instead, and as a result, he took the opportunity to teach himself basics on magic.

With time, Jean-Eugène Robert-Houdin developed a deep interest in magic. He took the time to sort out assistance from a local expert who helped him hone his magic skills. Moments later, he performed on stage. In one of the events where he was performing, he crossed paths with Cécile-Églantine Houdin. She was the daughter of a famous watchmaker. The pair fell head over heels in love with each other. They exchanged vows in July 1830. The couple migrated and went to reside in Paris.

In Paris, Jean-Eugène continued with his interest in magic, and he took time to source information from other magicians. Often, he would visit other magicians’ shops to learn new tricks to use in his performances.

Sooner or later, he came up with a writing automation creation which he sold to P.T. Barnum, an American showman. He used the proceeds to boost his magic business as it was thriving gradually.

Within a couple of years, Jean-Eugène Robert-Houdin's fame had spread all over. He began making trips to Europe and won the love of many with his exceptional magic shows. At some point, he performed for celebrated individuals such as Queen Victoria and King Louis Philippe. Jean-Eugène ended his Europe tour in 1855. After this, he decided to retire from conjuring and moved back to France where he opted to farm.

Jean-Eugène Robert-Houdin passed away on June 13th, in 1871. He was 65 years old when he breathed last.