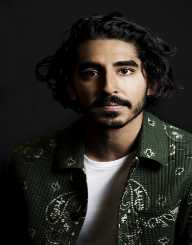 Dev Patel was born on April 23rd, in 1990. He is famous for being an English actor. Patel made his first on-screen appearance in 2007. During this time he featured in a drama series called Skins for about a year. To his surprise, he landed on the lead role in the series with no previous professional experience in his acting career. Patel’s career rise to stardom came soon enough as he earned high acclaim in 2008. This was after landing the lead role in the hit film Slumdog Millionaire. He was cast as Jamal Malik. Owing to his exceptional performance, he was part of the nominees for the BAFTA Award for Best Actor.

Dev Patel was born on April 23rd, 1990. His birthplace was in Harrow in London. He was the youngest son of Anita and Raj who originally lived in Kenya. His parents later migrated to the United Kingdom. Interestingly, his parents got the chance of meeting each other in England. They separately moved from Kenya to England and fate brought them together.

Patel’s mother strongly supported his career as she quickly noticed his love for acting. As a result, he gave him the opportunity of pursuing acting as his professional career. When Patel was only 16 years old, he was fortunate enough to land on the lead role on Skins. This was a show that went on to be aired in 2007 to 2008.

During the same year in 2008, Patel’s career again took a positive turn as he landed on the major role in Slumdog Millionaire. This was a huge hit, and it quickly pushed him to the epitome of his acting career. He was playing the role of Jamal Malik in the hit film. Jamal was a poor young boy born and raised in India with aspirations of one day becoming a millionaire. The boy went on to try his luck on a show called Who Wants to Be a Millionaire.

Danny Boyle received credits for having directed the international hit film. It grossed over $377 million. Additionally, it was bestowed with 8 Academy Awards. Patel’s exceptional performance landed him on the part of the nominees for the BAFTA Award.

Two years later, Dev Patel featured in The Last Airbender as Zuko. This was followed by other roles in films such as The Best Exotic Marigold Hotel – 2011, About Cherry – 2012, The Road Within – 2014 and Chappie – 2015.
In 2016, Patel was again hailed for the role he played in Lion – 2016. The film was an international hit and garnered young Patel worldwide recognition. The film was later nominated for 4 Golden Globe awards. Patel also benefited as he bagged home the Best Actor Award.

Dev Patel trained as a martial artist right from his tender years. This is an activity that he continued with throughout his career. He has been awarded a black belt. Recently in 2009, Patel showed interests in dating Freida Pinto, his co-star in Slumdog Millionaire. However, things didn’t seem to work out as they publicly announced their separation in late 2014. They had been dating each other for about six years.