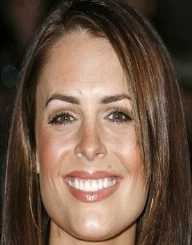 Denisse Dibos attended the College of Santa Ursula in San Isidro. She undertook training in ballet at the ‘Lucy Telge Luna’ ballet classes. She first appeared on stage at the age of 17, when she participated in the musical titled ‘Broadway Luces’ staged at the Royal Theater of San Isidro. Hernan Toledo was the director of the show.

Denisse was well aware of her interests and passion and thereby equipped herself for an intended music career by securing a Bachelor’s Degree in Music from California State University, Long Beach and a Masters in Classical Music from the University of Southern California. Her main aim was to become a concert pianist after having secured the necessary qualification. However, a hand injury prevented her from pursuing her dream. She returned to Lima shortly after that.

Denisse Dibos worked as a teacher in the Department of Communication Arts at the ‘Pontificia Universidad Católica del Perú’ and the ‘Teatro de la Universidad Católica’ (TUC). In addition to the exceptional artistic talent possessed by her, she also had incredible business acumen. Combining the two talents, she established her theatre company ‘Cultural Association Prelude’ in 1997. ‘The Novice Rebel’ was the maiden production of the company where she appeared as ‘Maria Von Trapp.’ After her debut, she came up with the production ‘A Chorus Line’ which was premiered at the ‘Monte Carlo Theatre.’

Denisse Dibos ventured into television acting and appeared in operas like ‘Sunflowers for Lucia,’ ‘Revelation’ and ‘Hunting a Millionaire.’ With a quick and reflexive ability to switch mediums, she returned to theatre and produced ‘Macbeth’ in 2001 as producer, actor, and musician. ‘Charlie and the Factory of Chocolates’ and ‘Angels’ were her next two productions. Continuing her role as the producer, actor, and musician, she further belted out productions like ‘Enrique V,’ ‘Sacco and Vanzetti’ and ‘The Corporation’.

In 2006, Denisse starred in the ‘Society of American Television Series’ and also produced the musical ‘Jesucristo Superstar’ which was shown in the ‘Segura Theatre.’ She appeared in the second season of ‘This Society’ in 2008 and was also a part of the film ‘Gods’ by Josué Méndez. In the same year, she produced the musical ‘Don Quixote de la Mancha.’ Simultaneously, the multitasking expert Denisse also worked as the musical director of the ‘Roman Comedy.’

Denisse Dibos was instrumental in the creation of many adaptations of Broadway Musicals with respective rights and permissions under the umbrella of her theatre company ‘Cultural Association Prelude’. The musical ‘Cabaret’ was performed in 2008 and was premiered in the following year in Teatro Segura starring Gisela Ponce de León as the main lead and Denisse herself doing the role of Fraulein Kost. Her next production ‘2010’ was also staged at Teatro Segura where she again donned the hat of actor-producer. Once again, Denise took up the charge of the musical director of ‘Cage Aux Follies’.

Denisse Dibos also played a part in the play ‘Vagina Monologues.’ Continuing her versatile and multitasking ability, she found herself completely preoccupied and busy during the year 2011. In 2011, she produced the musical ‘Love without Barriers’ (‘West Side Story’). After that, she presented a concert called ‘Fête de la Musique’ produced jointly by the ‘National Board of Music,’ the ‘Embassy of France’ and the ‘Alliance Francesa’.

Diversifying further, Denisse Dibos was seen as the Director of the School of ‘Talents of the Reality of Singing.’ Denisse also contested in the reality show ‘Dancing the Great Show.’ ‘Jury of Small Gigantes’ is one of her productions where she also joined the show as a jury member. In 2014, she presented the musical ‘Sweet Charity.’

Denisse Dibós was nominated for ‘Lights of El Comercio Awards’ in two consecutive years. She was first nominated in 2012 in the category of ‘Best Actress in Theater’ for her portrayal of Roxie Hart in the musical ‘Chicago.’ She received her second nomination in 2013 in the category of ‘Best TV Actress’ for the show 'In the background there is room.’

In 2013, she finally won the ‘Lights of El Comercio Awards’ in the category ‘Best work of the year’ for her film ‘The Boy from Oz.’

Denisse Dibos had an extramarital relationship with economist Gabriel Ortiz de Zevallos. Her daughter Paloma was born out of this relationship in March 2011.