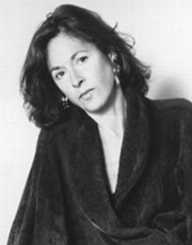 Louise Gluck was born 22nd April 1943, to Daniel and Beatrice Gluck. She was born in New York City, New York, in the United States. Louise Gluck had an older sister who died before she was born, and a younger sister, Tereze. Louise Gluck attended George W. Hewlett High School, and she graduated in 1961. She did further study at both Sarah Lawrence College and Columbia University, but didn’t graduate from either of them.

Louise Gluck resided in Cambridge, Massachusetts. She was a professor at Williams College in Williamstown, Massachusetts at one stage, lecturing in English. Louise Gluck is currently the Rosencranz Writer in Residence at Yale University where she teaches. She also teaches as part of the Creative Writing Program at Boston University.

Louise Gluck's first book of poetry, Stillborn, was released in 1968. She has published 16 other collections over the years, and two books of prose. Some of her books include The Wild Iris (1992), Meadowlands (1997), and Poems: 1962-2012. In 1999, Louise Gluck was elected Chancellor of the Academy of American Poets. In 2003, she judged the Yale Series of Younger Poets, a position she served in until 2010.

In 2000, Louise Gluck served as a Special Bicentennial Consultant. She held the position for three years, and she was then appointed to the position of U.S. Poet Laureate, Consultant in Poetry to the Library of Congress for the 2003-2004 period.

Louise Gluck has received many awards and honors, some of which include:

Louise Gluck married John T. Dranow, but they later divorced. The couple had a son, Noah.