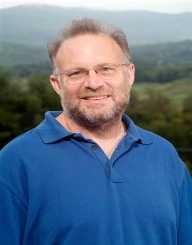 Jerry Greenfield was born on March 14th, in 1951 in Brooklyn, New York. He is famous for his entrepreneurial skills and the fact that he is a philanthropist. Surprisingly, his partner in the famous Ben & Jerry's Homemade Holdings, Inc was known as Ben Cohen was also born in the same hospital where Greenfield was born. Cohen was born four days later, and fate brought the two together as business partners that would change the world. Their partnership business, Ben & Jerry’s was a hit right from the beginning. After some period of enjoying this success, the business was sold at $325 million. However, Greenfield did not leave the company and continued with its operations.

Jerry Greenfield was born on March 14th, 1951 in one of the hospitals in Brooklyn. Four days later, his future business partner, Ben Cohen was also born. After some time, Greenfield’s family shifted to Merrick, Long Island. It is at this location that he pursued his early and high school education. He went to Smith Street Elementary and later enrolled at Merrick Avenue Junior High School. He met Cohen while he was studying in this institution. Their friendship went from class to even be best friends in life.

After graduating from high school, the two friends parted ways as Greenfield attended Oberlin College. In 1973, he graduated from his higher education. Immediately after this, he wanted to join a medical school. Therefore he applied for two times (in 1973 and 1974), but he was unlucky as his application was turned down.

Following his disappointments, Greenfield shifted to New York. Here he met with Cohen and lived together. He secured himself a job as a lab technician.

The idea of living with Cohen gave the two the idea that they could start a business together. The business idea they had in mind was to run a food business. The first thing that came to their minds was to open a shop that dealt with selling bagel. Nevertheless, they later decided that the best business would be that of an ice cream shop. This prompted both of them to enroll in an ice cream making the course. Soon, their new business, Ben & Jerry’s opened up in 1978.

The product that Greenfield and Cohen settled for was perfect for their chosen market. This contributed to the immediate success of their business. The reception was overwhelming as Greenfield had to sell the product from his car. In five years, franchises had already been opened up in neighboring states.

Success followed the company all through to 1986 when they decided to come up with a manufacturing plant which was to be based in Waterbury. Around this period, Ben & Jerry’s also went public and made their first donation of 7.5% of their earnings to their newly established foundation, Ben & Jerry’s Foundation. The following year in 1987, he also wedded his longtime girlfriend, Elizabeth Skarie. This was followed by the birth of their firstborn son in 1988. They named him Tyrone.

Their business never seemed to struggle as they kept on thriving even through the 90s. Part of their success was contributed by the fact that they had a good public image out there. People, their customers, regarded them as humanitarians. This earned them the humanitarian award of the year in 1993. Four years later, in 1997, they were also bestowed with a peacemaker’s award. In 2000 however, they decided to sell the company to Unilever at $325million.