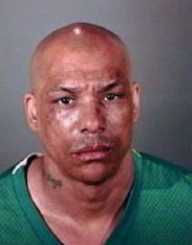 Kody Scott was an American gangster indicted for a number of crimes. While serving his time in prison, he took on the name of Shanyika Shakur and penned his memoir which became a commercial success.

Born on November 13, 1963, in Los Angeles, California as KodyDejohn Scott, he was the fifth child of six children. His parents were Birdie Canada and Ernest Scott, both natives of Houston, Texas. In later years, Scott has claimed that his father was Dick Bass, the former running back of the Los Angeles Rams football team but his claim has no evidence of any sort.

Growing up, the young Scott was often abused by his father in the sense that the older Scott clearly showed disdain towards him. Ernest routinely beat the young Kody and denied him the affection and attention that he needed as a child.

When he was 7, his parents got a divorce in 1970 but his father still came by for the next 5 years, making a brief appearance to his mother and siblings. Shortly after the divorce, his mom moved the family on the west side portion of South Central Los Angeles. Their new home is located in a gang-infested neighborhood which exposed the young Scott to what he will be dealing with in his adult life.

Now located in a new place with his mother busy at work making ends meet, Scott turned to the streets to make money and seek companionship. A bit later, he made friends with their neighbor, a man named Stanley Williams. As it turns out, Williams at the time served as the leader dubbed as “Tookie” of The 83 Gangster Crips, a notorious gang in LA.

Under Tookie’s influence, Scott learned and adapted the gang’s way into his life. Shortly after he graduated from school at the age of 11, he was initiated into the gang by being jumped in and beaten but Scott fought back. As part of his initiation, he also stole a car accompanied by other gang members and executed a drive-by shooting with a rival gang wherein they shot and killed a few members of the opposing team.

A Monster is Born: A Life Tainted in Crime

Scott earned his nickname Monster when he, along with a fellow 83 Gang member, mugged and robbed an older man. The said man ended up in a coma and had his face disfigured permanently that authorities called what he did the work of a monster. From then on, fellow gang members started calling him by the name which he readily accepted.

At 14, he landed himself behind bars for the first time when he shot a fast-food employee who assaulted his younger brother. He was later released after serving time but got arrested again on a different occasion where he was charged with grand theft auto and assault and served time in Camp Munz in California for nine months.

When he met his future wife Tamu Shakur at the age of 16, he mellowed out for a bit but still continued his gang life. A year later, he was ambushed and shot five times by rival gang members on January 1, 1980, but he managed to survive the incident unfazed.

During his time in prison during the 80s, he befriended some members of the movement called Republic of New Afrika which influenced Scott in a new way. He educated himself while still behind bars and converted to Islam. It was also during this time that Scott took on a new name: Sanyika Shakur. Upon his release, he married his girlfriend.

2 years after meeting Tamu, they had their first child named Keonda and another one named Sanyika. In an attempt to start a clean slate and steer clear from trouble, he relocated along with his wife and kids to the suburban homes of Los Angeles. For a time, he found work in the financial aid department of a local college.

It turns out the call of the street life is too strong for him to resist. In 1991, he was arrested again for assault and grand theft auto of which he served solitary confinement. It was during this time that Shakur began writing his memoir entitled Monster: The Autobiography of an LA Gang Member which was published in 1993. The book propelled him to fame and a new light but despite it all, he fell back to old habits. In 1996, he was imprisoned again for marijuana possession and violating parole. He served time in Pelican Bay where he also developed a drug addiction which costs him his marriage.

In 2007, he made it to the Los Angeles City’s Most-Wanted gang members’ list was arrested for allegedly breaking into the private property of an acquaintance and beating said individual to get his car. He pleaded no contest on May 2008 and was sentenced to serve six years in prison. The same year, he also published his first work of fiction entitled T.H.U.G.L.I.F.E.