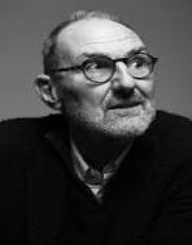 Thom Mayne is an American architect known for his original works.

Thom Mayne was born in the city of Waterbury, Connecticut, on January 19, 1944. He graduated from the University of Southern California in 1968, where he studied architecture. In 1978, he got a master’s degree from the Harvard University Graduate School of Design.

After getting his bachelor’s degree, Thom Mayne started working as an urban planner for the architects Ki Suh Park and Victor Gruen. He soon left their firm because he did not like the policy and the planning.

In 1972, Mayne created the Southern California Institute of Architecture together with five students and professors from Cal Poly Pomona. The Institute’s goal was to create a more significant focus on the social consequences during architectural planning. It ultimately became one of the most prominent schools for experimental design.

That same year, Thom Mayne started the architectural firm Morphosis, along with a few others. The company mostly focused on designing buildings that didn’t necessarily fit the traditional norms. Its first official project was a school in Pasadena, California. The firm first began as an informal collaboration of architects, but it ultimately grew to become very successful. Over the years, it has completed dozens of successful projects around the world. It was first based in Santa Monica, but its headquarters have now been moved to Los Angeles.

Mayne’s first internationally successful design was the Diamond Ranch High School. It was built in 2000 near Pomona, California. It consists of two rows of buildings placed at an unusual angle. He later started serving as the principal architect on federal projects such as the San Francisco Federal Building and the Student Recreation Center at the University of Cincinnati. He has worked on many universities, schools, office buildings, and public housing. Most of his projects have been based in the United States, especially in California. Worldwide, he has designed buildings in Korea, France, Spain, and Austria.

Thom Mayne has won many awards throughout his career, starting with the Rome Prize Fellowship in 1987. In 2005, he won the Pritzker Prize, the most prestigious architectural prize in the world. In 2009, he became a member of the President’s Committee on the Arts. In 2013, he won a gold medal from the American Institute of Architects.