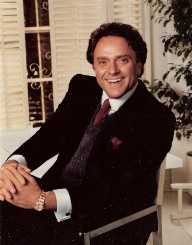 Neil Bogart was an American entrepreneur and record producer.

Neil Scott Bogatz was born in Brooklyn, New York, on February 3, 1943. He grew up in a poor family that lived in the housing projects. His father’s name was Al and his mother’s name was Ruth. He studied acting at the High School of the Performing Arts. He later legally changed his last name from Bogatz to Bogart.

Bogart initially worked as a singer and performer on a cruise ship. He briefly worked at an employment agency. He then got a job as a promo man at MGM. After that, he started working at Cameo-Parkway Records. He quickly climbed the ladder and soon became the vice-president of the company. He then joined Buddah Records and soon became the general manager of the company. He made a great contribution to the rise of bubblegum pop. He helped create acts such as the band The Ohio Express.

Bogart moved to Los Angeles and founded Casablanca Records in 1973. He focused on disco music, which was very popular at the time. He signed the singer Donna Summer, who became known as the queen of disco. He also worked with other genres. He signed the band Kiss, which became one of the most popular rock bands of all time. He signed the funk band Parliament. He worked with many artists, including The Hudson Brothers, Fanny, Teri Desario, Phylicia Allen, and others.

Despite the artists’ success, Casablanca Records was constantly losing money. Bogart maintained a lavish lifestyle and spoiled his artists with expensive gifts. He also often invested in acts that the audience did not like. In 1977, he had to sell half of the company to Polygram. He sold the other half three years later. He then founded another label, called Boardwalk Records. He focused on new wave music, signing with acts such as Harry Chapin and Joan Jett.

Bogart was also involved with the film industry. In 1973, he worked on Flipside, a documentary about the music industry. In 1978, he appeared in Thank God It’s Friday, a comedy film set in a disco club.

Bogart suffered from cancer. He passed away on May 8, 1982, at the age of 39. He was buried in Culver City, California, at the Hillside Memorial Park. Two years later, his wife Joyce started the Neil Bogart Memorial Fund. The organization was later renamed to the Bogart Pediatric Cancer Research Program.

Bogart was the inspiration for a character in the 1980 film Can’t Stop the Music. In 1982, Kiss and Donna Summer dedicated their most recent albums to his memory. In 2013, his son Tim wrote a biopic about his life called Spinning Gold. In 2014, his nephew Brett wrote a book about him called Going Platinum.