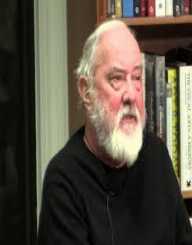 Robert Stone lived an exciting life. Leaving home at 17 to travel the world, Stone found he was good at translating real life into writing, and set about writing novels on the cities he'd lived in and people he'd met. By the time he passed away, he had become one of the greats of postwar American fiction.

Robert Stone was born in Brooklyn, New York, on 21 August 1937 into a religious family. His father abandoned the family very early on, and Stone's mother suffered throughout her life from schizophrenia. This led to the young Stone living for some years in an orphanage, something which marked his life in a significant way.

When he would grow up to be a novelist two elements in particular from childhood recurred - the religious mysticism, which remained the film he saw the world through, and melancholy which gave a dark, satirical edge to his novels. Stone was not a model student, leading to his expulsion from high school, and faced some issues with drugs and alcohol. It could all too easily have been a wasted life.

But it was not to be. At seventeen years old Robert Stone joined the Navy, spending four years there, and traveled the world. The work took him far from home, from Africa to the South Pole.

But the most crucial place for Stone’s life was Cuba (at that time, before the communist revolution led by Fidel Castro, a dependency of the US. When he visited Havana for the first time - as he would, later on, in his writing.

Robert Stone was struck by something about the city which he could not describe. Stone's travels also took him into ugliness at times - he was in Algeria, for instance, during the country's brutal war against French occupation.

After his Navy years, Stone returned to New York (he moved to New Orleans after getting married). He attended University before working for a newspaper; following this; he managed to gain a Fellowship at Stanford, where he started to work seriously on his writing for the first time in 1962.

Around this time he explored different writing scenes and met Jack Kerouac (the seminal writer of the American Beat generation). Five years later he published his debut novel. ‘A Hall of Mirrors’ spoke mainly about right-wing politics in America, and it did so in the free-flowing, stream of consciousness style of the Beat writers which was as much about a feeling as an aesthetic style. The book did well, but it would be its successor which cemented Stone's place in American fiction.

In 1971, working as a war journalist, Robert Stone traveled to Vietnam. What he saw there informed the book ‘Dog Soldiers,’ which he published in 1974. In that novel, a cocktail of cynicism, political commentary and dry, dark humor, a journalist in Vietnam decides to get involved in smuggling heroin.

Stone's choice of heroin as the driving force of the novel was undoubtedly well calculated - US drug culture was flourishing at the time, but heroin was not seen in the same way as marijuana was. ‘Dog Soldiers’ was thus shocking when it came out, but also recognized immediately as a monumental work. It went on to win the National Book Award the following year. By 2005, in a list compiled by Time magazine of the best American Post-war novels, ‘Dog Soldiers’ made the top 100.

Besides standing well on its own merits, the book is important as the perfect example of Robert Stone's writing, the themes explored in his work, and his way of looking at the world. The main character of ‘Dog Soldiers,’ Converse, is a man typical of the cynical attitudes prevailing in the United States after the counterculture movement of the 60s.

Converse searches for meaning in many ways, most notably in tentatively attempts to inhabit Buddhism but is unable to break free from his moral corruption and that of the world at large. The book is not tragic so much as wryly bitter. Discussing the book and how he had thought of the ideas and situations within it, Robert Stone admitted that he had drawn significantly from his own life.

That the book's discussion of public cynicism happens in Vietnam, besides, was no coincidence for Stone, who returned to the US changed by what he had seen.

In his following books, Robert Stone's focus jumped around - he wrote novels based in a fictionalized Central American dictatorship, on a group of American sailors, on a film actress, and a political demagogue.

Robert Stone also began to explore short stories, publishing a collection of these in 1997. What remained was the worldview, informed by 1960s America and then, in the lives, his characters lived its aftermath.

Stone's persona in all this remained enigmatic. He spoke freely about both his fiction and his own life, publishing a memoir in 2007. The stories he told were world-weary.

Robert Stone had seen much of the world's ugliness as well as its joys - but the glint in his eye remained, as did the sarcastic humor found in his writing. Stone had lived through counterculture years; he remembered that period in his life with nostalgia, and was now, almost, part of some ‘establishment.’ He lectured on writing in Universities, held chairs and directorships in programmes about literature.

But the academic life never took the edge off him. For better or worse Robert Stone, a respected elder of American fiction, was still the former colleague of Allen Ginsberg and Jack Kerouac, yet the boy who joined the Navy to see the world and later draw it into his writings.

A great deal of his character, fittingly perhaps, was apparent in the circumstances of his death. Robert Stone smoked a lot of cigarettes (amongst other things) throughout his life. In his early seventies, he admitted to an interviewer that he was suffering from lung disease.

This would be the cause of his death a few years later, but Robert Stone was not particularly worried, and quite amused. He knew the cigarettes were bad for him, and that he was shortening his life by smoking them. But he had lived and seen so much. What was the worst that could happen?