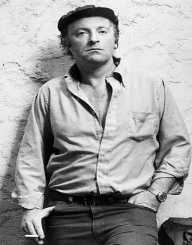 Iosif Aleksandrovich Brodsky best known as Joseph Brodsky was a Russian-American poet and essayist. Born on May 24, 1940, Joseph Brodsky received the Nobel Prize in Literature in 1987 "for an all-embracing authorship, imbued with clarity of thought and poetic intensity." Though born in the Soviet Union, Joseph Brodsky went contrary to some rules and fell on the bad side of the Soviet authorities, hence, was strongly advised to leave the country in 1972.

As a result, Joseph Brodsky left for the United States of America, through the help of W.H Auden and other supporters. While there, Joseph Brodsky taught at the Mount Holyoke College and universities like Columbia, Yale, Michigan and Cambridge University. In 1991, he was appointed United States Poet Laureate.

Joseph Brodsky was born on May 24, 1940, to Aleksandr Brodsky and Maria Volpert Brodsky in Leningrad. His father worked as a photographer in the Soviet Navy and his mother a professional interpreter. Due to their Jewish status, the family was marginalised and lived in abject poverty. The family was able to survive the Siege of Leningrad, as they almost died of starvation. Joseph Brodsky childhood was characterised with various health complications as a result of the siege. During his school days, Joseph Brodsky felt many teachers were anti-Semitic and that made him look like a dissident. Brodsky, on the other hand, became notoriously for his misbehaviour during class hours. At a fifteen, Joseph Brodsky unsuccessfully tried to enrol at the School of Submariners.

Joseph Brodsky then proceeded to work as a milling machine operator. Brodsky later envisioned of becoming a physician and started his dreams by working at the morgue at the Kresty Prison, cutting and sewing bodies. Joseph Brodsky later picked up jobs in hospitals, ship boiler room and also went on geological expeditions. To further his education, he enrolled in programs of self-education. During this period, he learned Polish and English to enable him to translate the works of Polish poets like Czeslaw Milosz and English poet John Donne. Through this, Joseph Brodsky gained interest in mythology, English and American poetry and classical philosophy.

Acquiring and skill through self-taught methods, Joseph Brodsky began his literary career and translations in 1955. Hi, poetry and other works were circulated in secret while others got published by the underground journal Sintakiss (Syntax). Joseph Brodsky came into the limelight in the literary circles with his poems "The Jewish cemetery near Leningrad" and "Pilgrims" in 1958. Brodsky's works were commended by Anna Akhmatova, one of the leading poets during the silver age after they met in 1960.

Joseph Brodsky did not only become his mentor later but also through her and Leningrad; Joseph Brodsky met the young artist Marina Basmanova. The two fell in love and started dating, but their love story would end up with Joseph Brodsky being pursued by the authorities. This happened when Brodsky’s close friend and poet Dmitri Bobyshev, also started pursuing Marina. It is believed that Dmitri denounced Brodsky and set him out to the authorities.

Joseph Brodsky's poetry was tagged as pornographic and anti-Soviet by a Leningrad newspaper in 1963. Through this, he had his papers confiscated, interrogated and was twice sent to a mental institution and later arrested. In 1964, the Soviet government charged him with social parasitism and tried in 1964. It was found that his jobs and career as a poet was in no way contributing to the society and was therefore called "a pseudo-poet in velveteen trousers" who failed to fulfill his "constitutional duty to work honestly for the good of the motherland." During the trial, the judge asked; The trial judge asked "Who has recognized you as a poet? Who has enrolled you in the ranks of poets?" – "No one," Brodsky replied, "Who enrolled me in the ranks of the human race?" he was therefore sentenced to five years in prison with hard labor, serving 18 months on the farm in the village of Norenskaya in the Archangelsk region.

During his incarceration, there were several protests by prominent Soviet and foreign figures like Jean-Paul Sartre, Evgeny Evtushenko and Dmitri Shostakovich leading to his sentence being commented in 1965. Returning to Leningrad, he continues with his literary career for the next seven years. Most of his works during this time were published abroad and also translated into English, German and French. Some of his works during this time were Verses and Poems in 1965, Elegy to John Donne, 1967 and A stop in the Desert in 1970. As the Soviet authority considered him to be exiled, Joseph Brodsky, on the other hand, wished to stay in his country.

In 1971, Joseph Brodsky received an invitation to move to Israel on two occasions but refused to travel. In 1972, he was then invited to the Ministry of the Interior and questioned why he refused the offers, but Brodsky insisted he wanted to be in the country. On June 4, same year, he was put on a flight to Vienna, Austria after the authorities have broken into his home and had his papers seized. Since that time, he never returned to Russia neither did he see his girlfriend Basmanova again. He met Carl Ra Proffer in Austria, who would later facilitate his move to the United States of America. He also became Brodsky’s Russian publisher.

Joseph Brodsky dated Marina Basmanova with whom he had a son Andrei. The two agreed Marina gives Andrei her surname in order to prevent him from being politically persecuted. Marina was however prevented from visiting Brodsky when he was exiled and even prevented the two from getting married. She never saw Brodsky again, but his son later met him after the collapse of the Soviet Union in 1991. He later married Maria Sozzani in 1990, while teaching in France. The couple had one daughter, Anna. Brodsky died on January 28, 1996, at age 55 in New York City. He was interred in a non-Catholic section of the Isla di San Michele cemetery in Venice, Italy.

Joseph Brodsky won several awards and honor for his work, including, Nobel Prize in 1987, United States Poet Laureate, 1991, Struga Poetry Evening Golden Wreath Award and The International Center in New York's Award of Excellence. He was awarded several honoraries from universities like the  Yale University, University of Essex, Dartmouth College and  Uppsala University among several others.