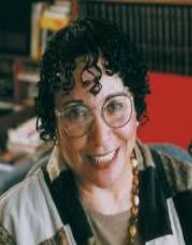 African American children’s author Virginia Hamilton was born on the 12 March 1934 and was raised in Yellow Springs, Ohio. She was named after the state of Virginia where her grandfather was born. Hamilton was the daughter of Etta Pelle Perry and Kenneth James Hamilton. She was one of five children.

Virginia Hamilton was a pupil at Antioch College in Yellow Springs. She then moved to Ohio State State University (1956) and studied creative writing and literature. After relocating to New York City in 1958, she enrolled in a creative writing programme at the New School for Social Research. One of her tutors was Hiram Haydn, a co-founder of Atheneum Press.

Virginia Hamilton moving to New York City obtained work as a nightclub singer, accountant and museum receptionist while concentrating on her ambition to be a full-time writer. After she married the writer Arnold Adoff in 1960, he worked full-time as a teacher who enabled Hamilton to concentrate on her writing. Her first book Zeely was published in 1967 and won the Nancy Bloch Award. In 1968, her second book The House of Dies Drear was awarded the Edgar Allan Poe prize for Best Juvenile Mystery.

The couple then moved to Yellow Springs where they built a house and settled into focusing on writing. Other books Hamilton wrote include The Planet of Junior Brown (1971), M.C. Higgins The Great (1974), Sweet Whispers (1982) and The People Could Fly.  The Great with Arilla Sun Down (1976) was a book written in the first person about an African American teenager growing up. The science-fiction trilogy Justice and Her Brothers (1978), Dustland (1980) and The Gathering (1981) were also popular.

Three books were posthumously published: Time Pieces, Bruh Rabbit and the Tar Baby Girl and Wee Winnie Witch’s Skinny. MC Higgins The Great was one of the first books that heralded the beginning of books for African American children in the UK and elsewhere and established Hamilton’s name on an international level.

Virginia Hamilton won the U.S. National Book Award: Children’s Books for M.C. Higgins, the Great. She also won the Newbery Medal in 1975. Other awards she won include the Edgar Allan Poe Award, the Coretta Scott King Award, the Hans Christian Anderson Award, and the Boston Globe-Horn Book Award. Since 1984, Kent State University has held the Virginia Hamilton Conference on Multicultural Literature for Youth on an annual basis. In 1987, she was named a distinguished visiting professor at Queens College, New York.