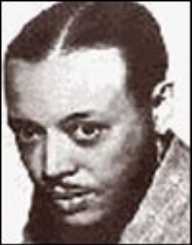 While his mother taught English in high school, William Grant Still Jr., attended school. His mother, Carrie remarried Charles Shepperson. His stepfather encouraged his interest in music. He graduated high school early at age 16, from W. Gibbs high school in Little Rock, Arkansas. He was valedictorian.  After graduation, he pursued a medical degree at Wilberforce University. While there he became a member of Kappa Alpha Psi fraternity.

While in school he had some personal activities outside of class. He conducted the university band. He also learned to play various instruments. He started violin lessons at age 15. He taught himself to play clarinet, saxophone, oboe, double bass, cello, and viola.  Also, while in college he started to compose and do orchestras.

Due to his musical talent, William Grant Still Jr. was awarded a scholarship to attend Oberlin Conservatory of Music and left Wilberforce in 1915.  So, he left Wilberforce University to study there with Friedrick Lehmann and George Whitefield Chadwick.

In 1918, he joined the Navy to fight in the First World War, worked in the dining hall as a server, and he also played music for the officers during meal time. At the end of the war, he went back to his life. The years following 1918 were busy. In 1919, he moved to New York City. While there he worked with Pace and Handy Music Publishing Co. Specifically, he was the arranger for W.C. Handy’s music for the band. He worked with him from 1919 through 1921.

In the year 1921, William Grant Still Jr. also recorded with Fletcher Henderson who had the Dance Orchestra. At the same time, he played music in the pit orchestra for the musical “Shuffle Along.”  Later, on in the 1920’s be arranged the music for Yamerkranz “Negro Rhapsody.” The 1920’s were considered his developmental period for his orchestrations and opera. In the year, 1926, he composed “From the Black Belt,” and he composed “From the Land of Dreams.” Also, in 1924, he composed, “From the Journal of the Wanderer.” In the year 1925, he composed “Levee Land.” The year from 1926 to 1927 had him compose “La Guibalesse.”

The height of his Career

The 1930’s were very productive years for William Grant Still Jr.,'s career and also caused a change in his personal life. He worked as an arranger of popular music. He wrote music arrangements of William Robinson’s “Deep River Hour” and also for Paul Whiteman’s “Old Gold Show.” In 1934, the world saw him being awarded the first of three Guggenheim Fellowships awards. He also began work on his first opera “Blue Steel.” He wrote eight in total. He also wrote “Darker America” in 1924.

During the 1930’s he also moved to Los Angeles. He conducted the Los Angeles Philharmonic Orchestra. William Still was the first African-American to do so. He also arranged music scores for films such as Pennies from Heaven, Lost Horizon, Stormy Weather.

Other musical pieces he wrote were “Sahadji” and “Lenox Avenue.”  Of note, his musical collaboration with Paul Whiteman had him complete 100 arrangements in one year. Also, of note is that he wrote the theme music for the New York Fair for the year of 1939-1940. It was titled, "Sons of a City.” He also recorded it.

In the year 1955, William Grant Still Jr. conducted the New Orleans Philharmonic Orchestra. Again, he was the first African-American to conduct an orchestra in the Deep South. He did do other jobs besides arranging music. All in all William Grant Still was the composer of more than 150 works. Part of which included five symphonies and eight operas. Little known acknowledged fact about him is he as well as Langston Hughes was a participant in the Harlem Renaissance.

William Grant Still received many awards and honorary degrees. A few are listed here but not limited to what is shown: Guggenheim Fellowships in 1934, 1935 and 1938, Mississippi Institute of Art and Letter posthumously in 1982, Second William E. Harmon Award for Distinguished Achievement among Negro 1927-1928 and Rosenwald Fellowships in 1939 and 1940.

William Grant Still Jr. was married twice. His first marriage was to Grace Bundy Still whom he married on October 4, 1915. Their marriage lasted until their divorce in 1939. She had four children with him. The Children were: William Bundy Still, Gail Lynde Still, June Allen Still and Caroline Elaine Still. His second marriage was to Verna Arvey. He met her after moving to L.A. They were married on Feb. 6, 1939.  She collaborated with him on his music. They had two children, Duncan Allan Still, and Judith Anne Still.

A man of many firsts William Grant Still left the music world and his family a website where he and his wife donated documents detailing his career and her involvement in it. His daughter Judith still oversees his company and helps with the collection. If you like operas and orchestras, you should visit it.