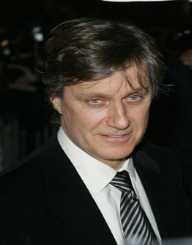 Lasse Hallstrom is a Swedish director.

Lars Sven Hallstrom was born in the city of Stockholm, Sweden, on June 2, 1946. His father worked as a dentist. His mother, Karin, was a writer. He started directing short films at the age of 10. He studied at Adolf Fredrik’s Music School.

Lasse Hallstrom began his career by working on television. He directed his first show in 1973. It was a comedy series called “Pappas Pojkar.” He directed most of the music videos of the popular group ABBA. They included hits such as “Mamma Mia,” “Money, Money, Money,” “The Winner Takes It All,” “Dancing Queen,” and others. In 1975, he directed his first film, called A Guy and a Gal. In 1977, he directed the documentary ABBA: The Movie. He created three more films during this period: Happy We, Tuppen, and Father to Be.

Lasse Hallstrom made his American debut in 1991. He directed a romantic comedy film called Once Around. He then worked on the drama What’s Eating Gilbert Grape and the comedy Something to Talk About. In 1999, he directed The Cider House Rules. It depicted an orphan living in Maine during World War II. In 2000, he worked on Chocolat, a romantic comedy filmed in a French village. He then worked on a number of dramas, such as The Shipping News, An Unfinished Life, The Hoax, and Hachi.

He directed the romances Casanova and Salmon Fishing in the Yemen. He worked on Dear John and Safe Haven, the film adaptations of Nicholas Sparks’ novels. He then directed the comedy dramas The Hundred-Foot Journey and A Dog’s Purpose. He also returned to the Swedish cinema with the thriller The Hypnotist. In 2018, he directed the fantasy adventure film The Nutcracker and the Four Realms.

Lasse Hallstrom's films have received many awards, including a few Oscars. Apart from critical acclaim, his work has also been popular with the audience. He has had several box office hits. He has collaborated with film stars such as Johnny Depp, Leonardo DiCaprio, Julia Roberts, Richard Gere, and many others.