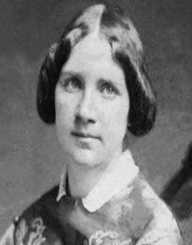 Johanna Maria Jenny Lind was born 6th October 1820, in Klara, Stockholm, in Sweden. She was born to Niclas Lind and Anne-Marie Fellborg. Her parents didn’t marry until she was 14. Her father was a bookkeeper; her mother ran a day school for girls from their home.

Lind was about nine years old when she was overheard singing by a maid that worked for Mademoiselle Lundberg who was the principal dancer at the Royal Swedish Opera. She returned the next day with Lundberg, so she could hear for herself how talented Lind was. Lundberg organized an audition for Lind, which enabled her to enroll in the acting school of the Royal Dramatic Theatre, and she studied under the singing master of the theatre, Karl Magnus Craelius.

Jenny Lind was 10 when she began performing on stage. Her first significant role was in 1838 for the Royal Swedish Opera. By the time she was 20, she was a court singer to the King of Sweden and Norway, and she was also a member of the Royal Swedish Academy of Music. She was in danger of permanently damaging her voice from over-use and not being trained properly, but from 1841 to 1843 she studied under Manuel Garcia in Paris, and he was able to teach her and get her vocals back on track.

After training with Garcia for 12 months, Jenny Lind had an audition organized for her with the Opera in Paris, but she was rejected. She never forgave them, and although Lind was invited several times throughout her career to sing at the Paris Opera, she turned them down every time.

In December 1844, Jenny Lind won the title role in Bellini’s opera, Norma, in Berlin. She was immediately in demand throughout Germany and Austria, but she was so successful in Berlin that she performed there for several months before embarking on her tour for other cities. She performed in the title roles of several operas over the following year, including Lucia di Lammermoor, La sonnambula, and The Marriage of Figaro.

Lind had a very successful season in Vienna and then traveled to London in 1847 for her debut performance there, which was attended by Queen Victoria. She performed in London for two years, and in early 1849, she announced her retirement from opera. She was only in her 20s, and no explanation was ever given as to why she retired at such a young age.

Jenny Lind had become close friends with Felix Mendelssohn, a famous composer of his time, and they spent a lot of time together when she got to London. In November 1847, Mendelssohn died an early death, and Lind was devastated by the death of her friend. In 1849, she was asked by P.T. Barnum, the famous American showman, to travel to the U.S. He gave her a proposal for a tour that would travel America for over a year. Lind accepted, realizing she would make a considerable amount of money from the tour.

Lind travelled to America in 1850, along with her pianist, arranger, and conductor, Julius Benedict, and a baritone to support her singing, Giovanni Belletti. The tour was a huge success, and she also toured Cuba and Canada. In early 1851 she severed ties with Barnum, but they parted with no ill feelings. Lind continued to tour under her management until mid-1852.

Benedict left her employment, and she asked Otto Goldschmidt to replace him. Lind married Goldschmidt in early 1852, and she became known as Jenny Lind-Goldschmidt. They returned to Europe in May 1852. They lived in Germany for a short while and then moved to England where they spent the rest of their lives. Lind did not appear in opera again, refusing all invitations sent to her.

She did, though, continue to perform in the concert hall. Lind sang in various productions, but as the years passed her performances became more infrequent, until she retired from singing in 1883. In 1882, Lind was appointed Professor of Singing at the Royal College of Music. From 1879 to 1887, Lind worked with Frederick Niecks on the biography of Frederic Chopin.

In 1848, Jenny Lind became engaged to a tenor called Julius Gunther. They had known each other for several years. Their schedules kept them apart, and later in 1848, their engagement was called off. In 1852, she married Otto Goldschmidt. They had three children, two sons, and a daughter.

Lind died on 2nd November 1887. A large portion of her estate was given to help under-privileged Protestant students in Sweden who couldn’t otherwise afford an education. She was known right through her life for her charitable works.

Jenny Lind is commemorated at Westminster Abbey in London, in the Poet’s Corner. She has been remembered in movies, on banknotes, and in music. Lind has had many places named after her, including ships, planes, hospitals, schools, and more than half a dozen streets in the U.S.