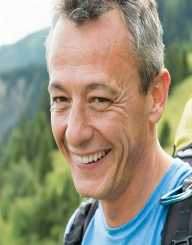 Julian Andrew Temple is an English filmmaker and music video director. Born on November 26, 1952, he started her career making short films, debuting with the documentary Sex Pistols. He followed it with The Great Rock ‘n’ Roll Swindle and since made others like Absolute Beginners, a documentary about the Glastonbury Festival, and Joe Strummer: The Future Is Unwritten among several others.

Julien Temple was born on November 26, 1952, in Kensington, London to Landon Temple and Barbara J. Temple. His sister is a British politician, Nina Temple. Temple received education at St Marylebone Grammar School but was later expelled from the school.

He then attended William Ellis School and later at King’s College, Cambridge. Temple had no interest in film while growing up until his days at Cambridge, where he gained access to the works of French anarchist director, Jean Vigo. With his great interest in the punk scene in London, he made friends with The Sex Pistols and documented most of their early gigs.

Julien Temple started his filmmaking career making short films. His debut work was the short documentary, Sex Pistols Number 1, documenting the rise of the band from 1976 to 1977. It included the television interviews and gigs by the band. His second work for the band was The Great Rock ‘n’ Roll Swindle, in which their manager, Malcolm McLaren, narrated the band’s story according to his perspective since members Sid Vicious and Johnny Rotten had left.

The documentary high lighted the meteoric rise of The Sex Pistol, despite their short career. Despite the resulting controversies of the documentary, Temple received acclaims for the articulate mix of animated scenes and the documentary footage. The work shot him into the music video making scene.

Julien Temple directed a film for the BBC Arena series, It was All True in 1983 and followed it with the short film Jazzin’ for Blue Jean, starring David Bowie, released as a support feature to The Company of Wolves. He directed several music videos for musicians including David Bowie, Kinks, and The Rolling Stones among several others.

Julien Temple directed a film adaptation of Colin MacInnes’ Absolute Beginners in 1986, which received negative acclaims in the UK despite being one of the most expensive films in British history at the time. Aside from receiving negative reviews, the film was also a commercial flop and partly contributed to Goldcrest Company going into administration. After earning enough bashing, Temple moved to the United States where he directed the film Earth Girls Were Easy in 1988. \

He also directed music videos for artists like Tom Pretty, Janet Jackson, Duran Duran and Neil Young. On his return to the UK, he directed Vigo: Passion for Life, 1998, a film about the love story of French filmmaker Jean Vigo and his wife, Lydou. The film received poor reviews from critics.

Julien Temple directed the critically acclaimed film Pandemonium, 2001, based on the friendship between poets William Wordsworth and Samuel Taylor Coleridge. He had previously directed the documentary The Filth and the Fury, about The Sex Pistols.

The documentary, which featured all the surviving members of the band, was highly acclaimed. He directed a documentary about the Glastonbury Festival, released in 2006 and followed it with Joe Strummer: The Future Is Unwritten. Temple also directed The Sex Pistols: There’ll Always Be An England released on DVD in 2008, and Oil City Confidential in 2009. Julien Temple directed the biography Ray Davies: Imaginary Man in 2010.

Julien Temple is married to Amanda ‘Pirie’ Temple. The couple has three children: a daughter Juno and two sons Leo and Felix.