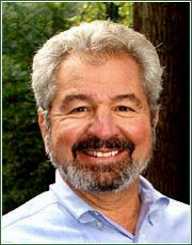 Bob Vila was born on June 20th, in 1946. He earned his fame for being the host to This Old House, a home improvement show he hosted from 1979 to 1989. Other shows that he has hosted include Bob Vila and Bob Vila’s Home Again.

Robert Joseph Vila was born on June 20th, in 1946. His native home is in Miami, Florida. Growing up, Villa witnessed his father building their home using his hands.

Bob Vila went to Miami Jackson High School where he later graduated in 1962. After this, he joined the University of Florida. He majored in journalism while at the university. Upon his graduation, he worked with the Peace Corps as a volunteer.

In 1979, Bob Vila landed on a deal that would transform his career. He was called on to host This Old House. On the show, he featured alongside Norm Abram, a carpenter who helped out in renovating houses.

A decade later, in 1989, Vila left the show. This was spurred by the conflict of interest issue which arose as a result of external commercial endorsements he made with Rickel, a home improvement center.

Following the vast fan base that he had amassed while hosting This Old House, Vila capitalized on the fame to feature a number of commercials. First, he promoted Craftsman equipment. However, this partnership ended in 2006.

Besides being a TV personality, Bob Vila is also an author. He has authored ten books. Similarly, he has frequently appeared in Home Shopping Network promoting a wide range of tools under his brand name.