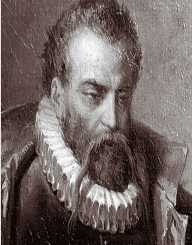 Tycho Brahe is a Danish nobleman who made numerous but significant contributions to Astronomy. He is known to have devised his instrument before the advent of thetelescope to observe the heaven. This instrument of his was to allow Brahe determine the movements of the celestial objects – the solar system in general. He also made a huge contribution about the Moon and the planet Mars. These contributions were later known to have helped Johannes Kepler, a fellow Astronomer.

He is known to have interesting characters and his theories instrumental among the astronomers in the development of the study of planetary motion. Apart from this, he was known to have contributed immensely in the field of mathematics. Tycho Brahe had worked on numerous theories including the Lunar theory and Ptolemaic ideas. He was later given the position of an Imperial Emperor to the then Emperor Rudolph II. He proposed the Rudolphine and Prutenic Tables to him before his death.

Tycho Brahe was born as the eldest son in a Danish Family on the 14th day of December 1546. His family occupied themselves with hunting and warfare. However, his uncle who was more educated and childless had a pact with his father. In the pact, the father promised to release the boy to him to care and raise his child. However, the father went back on his word, and the uncle kidnapped Tycho and raised him as his son after the birth of a second child.

Tycho’s choice was Latin and law. He, however, got admitted into the University of Copenhagen where he had the chance to study law and philosophy. However, his parents did not want him to do so. It was around that period that he observed the partial eclipse of the sun and also learned Ptolemy works as well as the basic tables based on Copernicus’ theory. Tycho Brahe became obsessed about astronomy, and his uncle was surprised to see the sudden change. He was later sent to Leipzig, Germany to study law at the age of sixteen, and it was there that he realized more about his obsession. He bought instruments and several books and also stay all nights to study the star. It was then he discovered his callings and ditched law.

Having understood his calling, Tycho Brahe chose to attach himself to a group of famous astronomers even at age 19. He proposed his theories which are criticised but later accepted having convinced them that a more complex instrument is needed to predict the movement of the celestial objects accurately. He suggested to them a large quadrant which is known to require a lot of time and effort. His life changed in 1572 after sighting a star.

Tycho Brahe noticed the night sky was unusually bright and wondered what happened. It was then he discovered a supernova – a celestial wonder which had been sighted only twice of which one was during the birth of Jesus. Fortunately for Brahe, he just finished a new astronomical device that could peer further into the sky than any other instruments. He called that instrument, Sextant. With it, he could discover that the star did not move at all and that it was located in the eight sphere of the universe. He published his account and became famous. However, he could not teach people astronomy due to his lineage but accepted to be the Imperial astronomer of Emperor Rudolph II in the 1590s.

Practically, Tycho Brahe was more or less a noble astronomer, but he had impacted in numerous people’s lives by building different observatories where people observations and even research could be carried out. He was known to have published his first finding at Herrevad Abbey, his first observatory. He later built Uraniborg and Stjeneborg in 1576 and 1581 respectively. The former is more or less like a research center for students, lecturers, and other enthusiasts.

His family ridiculed him for studying astronomy. Tycho Brahe was only supported by his uncle who passed away before he established himself. He is known to have fallen in love with Kirsten in 1571. He did not marry her but had eight children of which two died in infancy. These children were considered legitimate, and the lady was as she was married to him. This is because the Danish law allows a nobleman to live with a lady openly without being married to her and still enjoy the benefit of being married to a nobleman.