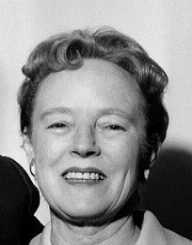 The second daughter of her parents, father Matthew Reville and mother Lucy Neville, Alma was privy to the process of film-making from an early age. Her father moved to London and joined Twickenham Film Studios after having left his old job as a representative in a lace firm.

Alma’s father used to work in the costume department of the Twickenham Film Studios, the largest motion picture studio in the United Kingdom Alma Reville frequented her father’s workplace with the intention of getting an occasional sight of the famed actors. Her frequent visits to the studio led her to land a job of a tea girl there.

Soon, she was promoted to the position of a cutter, a job where she was required to lend a helping hand to the directors in editing the films. She also had the opportunity to work as a scriptwriter and Director’s assistant as well. She was able to learn the nuances of film-making from all these opportunities, a facility very few women of that era had access to.

In 1919, Twickenham Film Studios ceased to function. However, Alma Reville was able to get another job in an American motion picture company in Islington, a district in Greater London. It was the ‘Famous Players-Lasky’ of Paramount Pictures, where she started her film career as screenwriter and assistant editor.

Alma Reville met her future husband Alfred Hitchcock in the company where he was engaged as a graphic designer. Both Alma and Hitchcock slowly progressed in their respective position, Alma becoming an editor and Hitchcock ascending to the position of Art Director. However, no interaction between the two happened even after having worked for years in the same company. In 1923,

Alma Reville was relieved from her position in the company. Hitchcock, then an assistant director, asked her to work as the editor of his film, ‘Woman to Woman’, marking the commencement of a partnership both in personal as well as in professional level, which would continue for the next 60 years.

Before her collaboration with Hitchcock, Alma mainly worked in British Films and assisted such stalwart directors as Berthold Viertel and Maurice Elvey. ‘Woman to Woman’ was her first film with Hitchcock.

Alma Reville excelled in writing scripts, direction as well as editing. She performed the role of the assistant director in ‘The Lodger’ (1926). She wrote screenplays for a number of films and also tried her hand in writing the screen adaptations. ‘The Lady Vanishes’ (1938) and ‘The Secret Agent’ (1936), both Hitchcock films, are two prominent examples of her excellent prowess in writing screen adaptations. She worked with her husband Alfred Hitchcock in a number of film projects as the screenwriter.

Their only daughter, Patricia Hitchcock was born on July 7, 1928. The birth of their daughter changed Alma’s plan to become the director of her husband’s movies. She mainly confined her work to writing scripts for Hitchcock films in order to spend time with their daughter.

Alma Reville was diagnosed with cervical cancer in 1958. The disease was regarded as incurable at that time. However, Alma decided to be operated upon on an experimental basis.

In an amazing turn of events, the operation which took place on April 14, 1959, became successful. She overcame cancer and regained her full strength within a short while. She found herself fit enough to enjoy her life in good health for the rest of her life.

Alma Reville breathed her last on July 6, 1982, two years after her husband’s death. She suffered two heart attacks in the span of four years; the first attack had occurred in 1972. She spent the last six years of her life in a half-vegetative state which was aggravated after the demise of her beloved husband. She was affectionately called the “Lady Hitchcock”.