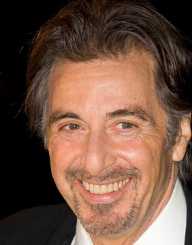 Al Jolson was born on May 26th, in 1886. He was famous for being a talented American singer. Apart from this, Jolson earned high acclaim for his on-stage performances and in his acting. At the epitome of his career, he was tagged “The World’s Greatest Entertainer.” He is also best remembered for the lead role he played in The Jazz Singer -1927.

Asa Yoelson, alias Al Jolson, was born on May 26th, in 1886. He was born in Srednike, Lithuania. At the time, Srednike was part of the Russian empire. Jolson was the youngest son to Moses Rubin Yoelson and Nechama Cantor.

Later, in 1891, Jolson’s father left them and migrated to New York City where he strived to provide a better life for Jolson and the rest of the family. In 1894, Jolson moved to New York City as his father had saved enough to pay for their fare. Tragedy struck the family a year later after their mother passed away.

Al Jolson took to the stage as a performer in 1899. Soon, he became a member of a minstrel troupe. It did not take time before he performed on his own in San Francisco, California.

In the early 1900s, Al Jolson featured in a number of musicals such as Sinbad in 1918. Within this musical Jolson sang “Swanee.” This was George Gershwin’s work. Remarkably, it brought profound fame to Jolson. Shortly after, Jolson performed “My Mammy,” which was Walter Donaldson’s work. This American song also garnered Jolson profound fame.

Al Jolson wedded for four times during his lifetime. His first marriage was to Henrietta Keller in 1907. The two separated in 1920. He later married Alma Osbourne in 1922 and separated six years later. His third wife was Ruby Keeler whom he married in 1928 before going separate ways in 1940. Lastly, he wedded Erle Galbraith in 1945. The two divorced in 1950. Jolson never had children of his own. However, he adopted three.

Al Jolson passed away on October 23rd, in 1950. He was 64 years old at the time of his death. He had suffered a heart attack while in San Francisco.