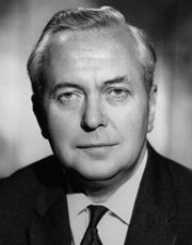 Born on January 10, 1916, Sune Bergström was a Swedish biochemist whose work into and discoveries of prostaglandins and related substances. This won him the Nobel Prize in Physiology or Medicine in 1982, along with his colleague Bengt I. Samuelsson, and John R. Vane, who worked separately on the relation between prostaglandins and aspirins. Being introduced to prostaglandins by Ulf von Euler, Sune Bergström spent most of his research career at Karolinska Institute on the topic. Sune Bergström collaborated with other scientists to work extensively on prostaglandin and to discover six different types and also described their chemical structure.

The Nobel Prize Award winner, Karl Detlof Sune Bergström was born in Stockholm, Sweden on January 10, 1916. He was born to Wera (Wistrand) Bergstrom and Sverker Bergstrom and had two siblings, Edman and Folke Bergstrom. After passing out from secondary school in 1934, Sune Bergström enrolled at the Karolinska Institute also called the Royal Caroline Institute, where he worked as an assistant to biochemist Erik Jorpes. Erik was at the time working on the clinical use of heparin. Noticing his potentials, Erik urged Bergstrom to major on the biochemistry of lipids and steroids.

He performed impressively well that in 1938, Erik arranged for a year fellowship for him at the University of London. While there, Sune Bergström joined Dr. G.A.D Haslewood at Hammersmith Postgraduate Medical School to work on bile acids. The then received a British Council fellowship to proceed with his work at Edinburgh. However, this fellowship was interrupted by the Second World War, and hence it was canceled. He, therefore, left for Sweden. Back home, Sune Bergström was lucky enough to receive a two-year Swedish-American Fellowship in 1940 and therefore left for the United States of America to further his studies. His first year of studies there saw him work at the University of Columbia, New York as a research fellow.

As a member of the Physiology Society, Sune Bergström attended one of their meetings in October 1945 where he met Ulf von Euler, who was at the time researching on prostaglandins, a lipid compound found in human and most animals. Euler was enthused with Bergstrom’s work on lipoxygenase and therefore entrusted him with some prostaglandins extracts for purification. Sune Bergström started to work on it but had to put it on hold since he became occupied with other career works. First of this kind was a one-year fellowship in Switzerland at the University of Basel in 1946, where he worked as a research fellow.

Afterwards, Sune Bergström returned to Sweden to join the University of Lund as a Professor of Physiology Chemistry in 1947. While there, Sune Bergström was tasked to rebuild research facilities which were obsolete and needed upgrades. This even helped his research work as he immediately started with his work on prostaglandins after works on the facilities were done. Sune Bergström collaborated with his doctoral student Bengt Samuelson and others in 1957 to isolate and purify two prostaglandins, which they named PGE and PGF.

Sune Bergström was recalled to the Karolinska Institute as Professor of Chemistry in 1958, and to continue with his research, Sune Bergström went along with the whole research team. Sune Bergström research became easier because, at the time of joining the institute, DrRagnarRyhabe had built a mass spectrometer, there, which played a vital role in the prostaglandins research. With an extensive research, the team of researchers was able to isolate six prostaglandins with their structure in 1962. They concluded that the compounds were mainly composed of fatty acids and were able to determine each function of the six prostaglandins.

Sune Bergström later worked on the clinical application his research where Sune Bergström was able to determine that prostaglandins serve as a protective substance for tissues from the digestive juices of the body, control blood pressure, play a vital role in regulating fertility and also bring down body temperature.

Sune Bergström received several career honors and awards, including the Gairdner Foundation International Award now (the Canada Gairdner International Award) in 1972 and the Anders Jahre Medical Prize same year. He was a co-recipient of the Louisa Gross Horwitz Prize with Bengt I. Samuelsson in 1975 and The Francis Amory Prize by the American Academy of Arts and Sciences. Sune Bergström, along with Bengt I. Samuelsson and John R. Vane shared the Nobel Prize in Physiology or Medicine in 1982 for “discoveries concerning prostaglandins and related biologically active substances."

Sune Bergström was married to Maj Nelly Bergstrom, and they had a son Rurik Ernest Detlof Bergstrom. Rurik became a prominent businessman. In 2007, Nelly died. Aside from his wife, Sune Bergström had an affair with Karin Paabo, an Estonian Chemist. Sune Bergström also had a son, Svante Paabo with her without them getting married. Svante also became an evolutionary geneticist who worked on Neanderthal genome.

Sune Bergström kept his extramarital affair from Nelly and Rurik so they nothing about him until his death in Svante and Rurik knew they were siblings but from different mothers. Sune Bergström died on August 15, 2004, in Stockholm after suffering a long illness.