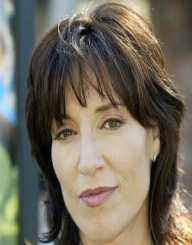 Katey Sagal began her acting career as a teenager in the early 1970’s. Her first roles were small roles in made for TV movies and bit parts in television series. Some of her earliest roles were as a cashier in the film Larry and as a nurse in the show The Bold Ones: The New Doctors.

It wasn’t until the mid-1980’s that Katey Sagal landed her first recurring role on the television show, Mary. On the show, she played a character named Jo Tucker. Her role on the show only lasted for a year. After this show, she returned to have small parts in movies and television shows.

In 1987, Katey Sagal got her big break. She earned the role of Peggy Bundy, a fun mother in the show Married with Children. This is the role that made her famous and changed her career forever. She kept the role of Peggy Bundy from the beginning of the series in 1987 to the end of the show in 1997. Also while working on the show, she took on some small parts in other TV series and movies. Some of these included Space Cases, The Good Mother, and Tales from the Crypt.

After her role on Married with Children, Katey Sagal was in high demand. She had both acting roles and voice acting roles on many television shows in the early 2000’s. Some of her most famous shows and movies are Recess (voice), Tucker, Imagine That, 8 Simple Rules, Boston Legal, Lost, Futurama.

In 2008, Katey Sagal landed yet another prominent role as Gemma Teller Morrow on the show Sons of Anarchy. She played this role in nearly 100 episodes of the show from 2008 to 2014. This is her most recent (as of 2017) significant role. After her work on the show, she was featured in many television shows and movies such as Pitch Perfect 2, The Bastard Executioner, Bleed for This, Superior Donuts.

During her long, and still ongoing, career, Katey Sagal has won 11 acting awards and has been nominated for 20 others. Some of her most prestigious awards are listed below:

Prism Award for Performance in a Comedy Series (8 Simple Rules)

Katey Sagal earned a star on the Walk of Fame in 2014.