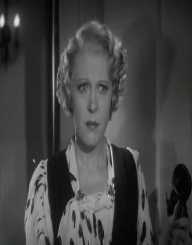 Ruth Chatterton was an American actress born on December 24th, 1892. She acted on stage, film and also on Television. Most of her acting career from the 1930s was on stage. In her later career, she also authored some novels. She acted on screen in the 1950s for her while before she died. She was a talented actress and started her career at a young age. Her beauty was a bonus to her great fame, especially in the 1930s.

Ruth Chatterton was born on December 24th, 1892. Her place of birth was New York City in the United States. She was the daughter of Smith Chatterton and Lilian Reed. She was brought up by grandmother and mother. Her father left the family when Ruth was only a child. Her passion for acting developed at a young age. She studied in Mrs. Hagen's School situated in Pelham.

During her schooling, she tried her talent in acting and later realized that acting was more important than studying. She dropped out of school to focus more on her acting career. She was only a teenager at the time.

At the age of 16, Ruth Chatterton began her career in the Friend Stock Company in Milwaukee located in Wisconsin. In 1911 she featured in The Great Name which marked her first appearance on Broadway stage. She became more experienced with time which made her acting career quite a success.  She became even more famous with her role in Daddy Long Legs play of 1914. The play was an adaptation of Jean Webster’s novel.

She later acted in theatres in Los Angeles. During this time, Emil Jennings a renowned actor offered her a chance to act in Sins of the Fathers of 1928. This was a silent epic movie by Emil Jennings. Her first film was of average success. Later in 1929, her film The Doctor’s Secret was of much success.  This was her 1st sound film.

She was cast in Sarah and Son in 1930. The film became a great hit and earned her a nomination in the Academic Awards.

The 1930s marked a career turning point for Ruth Chatterton. During this time she featured in successful plays. In 1933 she acted a role in Female, a hit comedy-drama. In 1936 she acted Dodsworth which was rated among her best acts.  Later in 1938, she played a role in A Royal Divorce.

From the fall of the 1930s, she shifted more of her attention from films to Stage acts. Towards the end of her career, she became her novelist.  Her first novel was published in 1950 with the title Homeward Bourne. The novel became among the best selling books. She later authored two other novels.

Ruth Chatterton was married three times in her life. Her first marriage was to Ralph Forbes in 1932. He was a British actor. They later divorced in 1932 upon which she was married for the second time to George Brent. He was an actor as well. The relationship was short-lived. In 1942, she married another actor Barry Thomson. They remained married till her time of death.

Ruth Chatterton took her last breath on November 24th, 1961, at the age of 68. She died while receiving treatment after she suffered from a cerebral hemorrhage.