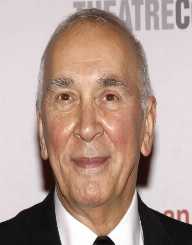 American actor Frank Langella was born on the 1 January 1938 in Bayonne, New Jersey into a family of Italian American family. His parents were Frank Langella, Sr. and Angelina Langella.

Frank Langella started his career as a stage actor, appearing in various off-Broadway productions including The Immoralist (1963) and The Old Glory (1965). He made his Broadway debut in Yerma (1966)

After the late 1980s, his career stalled for a while and he was broke and unemployed before staging a comeback playing President Nixon in the award-winning Frost/Nixon (2008)Other films include  Cutthroat Island (1995), Good Night & Good Luck (2005) Superman Returns (2006) and Starting Out in the Evening (2007).  He has acted in over 70 films, but stage acting remained his preference.

For his performance in Frost /Nixon (2008), Frank Langella was nominated for a 2009 Grammy Award as well as a 2009 Golden Globe and a BAFTA award.  The African-American Film Critics Association presented him a Best Actor award for Frost/Nixon (2008).  He won the Boston Society of Film Critics Best Actor award for Starting Out in the Evening (2007), and they also nominated him for

Best Actor in 2008 for Frost/Nixon (2008). In 1971 he won a Golden Globe Most Promising Newcomer - Male for his performance in Diary of a Mad Housewife. And the National Board of Review, USA awarded him Best Supporting Actor for the role. Over the course of his career, he has received numerous other nominations.

Frank Langella was married to Ruth Weill from 1977 until 1996. The couple had two children. After his divorce, he was in a relationship with the actress Whoopi Goldberg from 1996 until 2001. In 2013, he published a memoir Dropped Names: Famous Men and Women As I Knew Them.