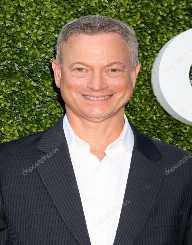 Gary Sinise was born on March 17, 1955. He is an American actor, musician, and director. He has starred in films such as ‘Of Mice and Men’ and ‘Forrest Gump’ among others.

Gary Alan Sinise was born on March 17, 1955, in Blue Island in Illinois. He was born to Robert L. Sinise who was a film editor and Mylles Sinise. He attended Glenbard West High School, Illinois. He later attended Highland Park High School where he graduated from. He then joined Illinois State University. In 1974, he founded the ‘Steppenwolf Theatre Company’ together with his friends Jeff Perry and Terry Kinney.

In 1982, Gary Sinise directed and starred in the film ‘True West.’ In 1983, he received the Obie Award for directing and starring in the film ‘American Playhouse’. In 1988, he directed the film ‘Miles from Home’. He appeared in the films ‘The Green Mile’, ‘Apollo 13’ and ‘Forrest Gump’. He has also starred in films such as ‘Travels with Charley’, ‘Reindeer Games’, ‘Snake Eyes’ and ‘The Stand’ among others. In 2004, he appeared in the television series ‘CSI: New York’. He later became the producer of other seasons of the series.

Gary Sinise is the host in the video for the Epcot ride Mission: SPACE. He is also a model for Baume and Mercier watches. He is the co-founder of Operation Iraqi Children. In 2008, he was the narrator of the miniseries ‘When We Left Earth’. He received the Presidential Citizen Medal from President George Bush for his humanitarian work supporting Iraqi Children. He was the national spokesperson for the American Veterans Disabled for Life Memorial. He is the executive producer of the Iraq War documentary ‘Brothers at War’.

In 2009, Gary Sinise narrated ‘World War II in HD’ on the History Channel. In the same year he lent his voice to the bible production ‘The Word of Promise’. The following year, he narrated World War II documentary ‘Missions That Changed The War’ on the Military Channel. In 2017, he received a star on the Hollywood Walk of Fame.

Gary Sinise was awarded the United States Presidential Citizens Medal. In 2003, he received an honorary Doctorate of Humane Letters from Amherst College.

In 1981, Gary Sinise married actress Moira Harris with whom he has three children, Sophie, McCanna Anthony and Ella. He is a Republican. He is currently sixty-two years old.