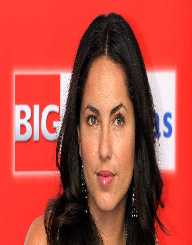 Barbara Mori was born on February 2, 1978, in Montevideo, Uruguay. Her parents are Rosario Ochoa and Yuyi Mori.  She also has two siblings: Kenya and Kintaro. Sadly, her parents divorced when she was only three years old. Because of the divorce, she moved around a lot during her childhood, until her family finally settled in Mexico City.

Barbara Mori was first discovered when she was 14 years old by the fashion designer, Marcos Toledo. She was offered a modeling contract shortly after. She did not a model for long, as she knew it wasn't a career she could stick with forever. She did know that she could do something else, though, act!

As a young adult, Barbara Mori studied acting at the El Centro de Estudios de Formación Actoral. Based on both her acting skills and good looks, she immediately started getting offers to act in several television drama series. Her first role was in the tv show, Tric Trac, in 1996. As she continued to grow her acting skill, she was also offered parts in small movies, before building her way up to lead roles. Her films are most popular in Central and South America. Some of her most famous television shows and films are listed below.

Apart from acting and modeling, Barbara Mori is also a businesswoman. She is known for having her fashion lines, but that is not all. She also has her brand of vodka, called Vodka Pure Wondermori.  She also owns a chain of fast food restaurants in Mexico called Fat Mori Burger. She also holds stock in various other companies. All of these businesses and investments have made her very rich. She is estimated to be worth over $100 million.

Barbara Mori has won numerous awards in her acting career. Some of her most prestigious awards are listed below.

In the 2000’s, Barbara Mori was diagnosed with cancer. Luckily, the doctors were able to catch cancer early on, which made it relatively easy to cure. This ordeal impacted Mori’s life greatly. She later produced a documentary with other cancer survivors. The documentary was called one a Minute. It was released in 2010.

Barbara Mori also now donates generously to many cancer-based charities. She mostly donates to breast cancer charities. She funds much of her donations with the profits from her fashion line.

Barbara Mori married Jon-Michael Ecker in 2014. She has one son, Sergio Mayer Mori, from a previous romantic relationship with Sergio Mayer (although the two were never married).